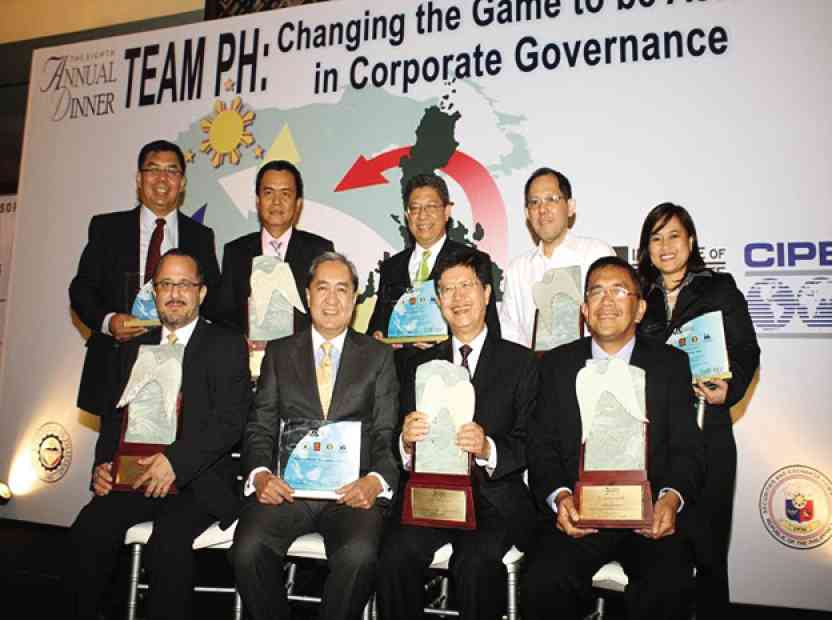 It’s 2014 and listed Philippine companies have just a year left to prepare for the planned integration of the capital markets within the Association of Southeast Asian Nations.

Integration will entail, among others, that listed companies across the growing region will be measured against the same lofty standards of profitability, professionalism and even corporate ethics of fund managers, particularly those in the United States or Europe, where they manage billions of dollars worth of assets.

In theory, it means the listed companies that fall short of the standards to be applied among the listed firms in the 10 member economies—including regional titans Singapore, Malaysia and Thailand—will not win the favor of the investing community.

Manila Water Co., the water distribution arm of the Ayala group of companies, does not want to be one of those companies that will fall by the wayside. This was why it embarked on a grueling process years ago to reform its systems of operation and governance to be at par with—if not better than—other companies throughout the region.

MWC chief finance officer and treasurer Luis Juan B. Oreta says the process has not been easy and far from over, but it is a journey that the company has no choice but to take, believing that the gains will more than make up for the sometimes painful transition.

He says that the key is to put in place a system that will ensure transparency, fairness and accountability.

For MWC, one of the concrete manifestations of this march toward better governance is the establishment of an audit committee where three of the four members are considered independent. This exceeds the government requirement that at least half of the members are “independent” or have no past association or direct connection with the company.

The company likewise has tightened rules and regulations involving the remuneration committee to ensure that there is no potential abuse of payment to executives, to the detriment of other stakeholders including employees and shareholders.

The department has been active in the continuous reorientation of all Manila Water employees and business partners on the company’s governance policies, particularly on matters relating to transparency, honesty and fair dealing, and prompt and adequate disclosure of material information.

It is important for listed companies to put more serious effort into addressing governance issues, Oreta says, as all Asean-listed companies will be measured against the same standards starting 2015.

“That means that, if you are a publicly listed company trying to raise capital and you can’t meet the corporate governance standards, then you may not be able to raise the capital needed to run your business. It is a big deal. Investors will definitely become more choosy,” says Oreta.

Oreta, who is also the company’s compliance officer designated to ensure adherence with best practices in corporate governance, is confident that the years of preparation will enable MWC to pass the stringent tests of any potential investor, and allow it to continue to invest heavily in the next few years.

“We know the standards and we are prepared to meet that,” says Oreta, adding that the Ayala group recently formed a corporate governance council to see to it that all the Ayala listed companies will meet good governance standards, if not exceed them.

The good governance awards it has collected so far are proof that MWC is on the right track.

For two years in a row, MWC won awards from the Philippine Stock Exchange. Another win will elevate it to the Hall of Fame.

MWC was among the first to win the PSE Bell Awards, which recognized listed firms and stock brokerage houses that uphold high standards of corporate governance.

Manila Water was also recognized by the Institute of Corporate Directors as the 2012 Platinum Plus awardee and 4-time gold awardee of the Corporate Governance Scorecard for Publicly Listed Companies.

Among the criteria in choosing good governance awardees are fairness in dealing with employees; transparency in corporate disclosures; protection of the rights of minority shareholders; and the number of independent directors in the board.

“We are also moving to have more women at the board level to improve gender diversity and increase the number of independent directors. We have already exceeded the minimum of 20 percent, but there is space to accommodate more,” adds Oreta.

The corporate transformation, he says, required the setting up of mechanisms and procedures that were quite difficult to follow at the start because the group was accustomed to relying more on the character of people, in that they could be relied on to do the right thing.

“But you can’t always count on a person being good all the time, that is where the systems come in,” Oreta explains. “Over time, once the mechanisms are there, they will become part of life.”

MWC, for example, has laid down an Insider Trading Policy, which prohibits directors, officers and all employees from trading Manila Water shares within a certain designated period before and after the release of any material information to the public.

Another policy prohibits all officers and employees from accepting corporate entertainment/gifts from suppliers, contractors and other business partners, which can influence the manner by which an officer or employee discharges his duties.

Adherence to the highest in corporate standards will do wonders for the company in the long run, Oreta says, and companies will do well to follow the trend.

“There were no consequences before. But there are consequences now. If we want to put the Philippines on a different level, we have to be more of a global player. You don’t know how you will be compared with the others in the region, but hopefully, we will be up there,” says Oreta.

Read Next
DA chief to lobby for eased import tariffs on bananas
EDITORS' PICK
No to ‘negativity’: Marcos Jr. to only do ‘unbiased’ interviews
DOH warns vs improper use of antigen test kits
Experience Terreno South’s refreshing take on thriving lifestyles
BBC StoryWorks and TECNO make short film about inclusive mobile camera innovations bringing people together
Start the year right with sustainable oral hygiene with SPLAT’s eco-friendly natural toothpastes
DOH: More beds needed than oxygen, ventilators
MOST READ
No to ‘negativity’: Marcos Jr. to only do ‘unbiased’ interviews
Comelec: No reason to cancel BBM’s COC
If she weren’t running for President, Robredo says she would vote for Pacquiao
French adventurer, 75, dies during solo Atlantic row
Don't miss out on the latest news and information.