DA chief to lobby for eased import tariffs on bananas 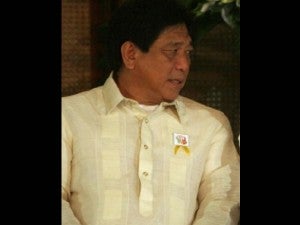 COMPOSTELA VALLEY, Philippines – Agriculture Secretary Proceso Alcala has told banana exporters he will personally lobby for the lowering of tariff for Cavendish banana in Korea and Japan.

Alcala said he would raise the issue with Korea, which had just approved the permit to import chicken from the Philippines, during his scheduled visit this month.

“I will bring this up personally, ako po ang magla-lobby (I will do the lobbying),” Alcala said after Stephen Antig, executive director of the Pilipino Banana Growers and Exporters Association (PBGEA), complained about the high tariff rates that Korea and Japan have been imposing on Philippine Cavendish bananas.

Antig said during Thursday’s dialog with Alcala and banana growers and exporters in Nabunturan, that countries like Peru have been able to export their bananas to Korea at zero tariff, in exchange of the country’s commitment to import Korean cars.

“The Philippines has also been a major importer of Korean cars, so, we will also take that (the tariff issue) up with the Koreans,” Alcala said.

Antig also said Japanese banana importers have already asked their own government to lower the tariffs on Philippine bananas, and that the “ball is now in the hands of the Philippine government to make some moves.”

Alcala said the country would take the issue on Japanese tariff on Cavendish bananas during the bilateral talks with Japan in April.