BPO in PH is pride of UK 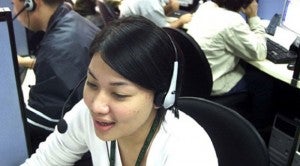 “When you talk about the BPO industry in the Philippines, we can’t think of anything better than what we are running here,” British Ambassador to the Philippines Asif Ahmad said during a recent visit to the Inquirer office in Makati City.

Ahmad takes pride in the UK’s own BPO center in the Philippines, the first to be run by a diplomatic office and which handles the key office transactions for the British government’s offices in almost half of the world.

“We have taken over all the financial processing and purchasing for the entire world, except for what is done in the UK,” Ahmad said.

The British Embassy’s Shared Service Center, run by a 50-member team on one of the floors of the embassy building in McKinley Hill in Taguig City, serves 40 countries in the Asia-Pacific region, the Middle East, South Asia and Central Asia.

Even some of the operations in the British Embassy in India, a global leader in the outsourcing industry, have started to be done in the center in Taguig.

Ahmad disclosed that the full financial processing transactions in India would be absorbed by the Philippine team in May.

In 2010, the Philippines overtook India to become the No. 1 business outsourcing center in the world, with an annual revenue of $5.7 billion and an industry population of 600,000, larger than the Indian BPO sector.

The Philippine BPO industry remains at the top, with 2013 revenue estimated at $15.5 billion and an industry population of 900,000.

Acknowledging the Philippine advantage, the UK sent all the workload that the British office could not handle to the Philippines. The UK office handles European countries, the United States, Africa and Central and South America.

“It’s the first time we have done this. It has been two years [since] we started the whole process for the Asia-Pacific and it turned out to be a success. That is why we are expanding and taking over other countries,” Lewis said in a separate interview at the British Embassy.

Lewis said the primary reason for setting up a BPO hub in Manila was to reduce overhead costs and improve efficiency in all office systems.

“It is about money to a certain extent and then it is also about the efficiency of services,” Lewis said.

The results have been satisfactory. From 2012, when the Shared Service Center began operations, the British government has been saving 1.3 million pounds (P95.9 million) a year.

And there is less chaos in the systems today. Before the new setup, Lewis said, British embassies and diplomatic posts in different countries were “doing things their own way.”

“There was no standardized processing. Now we have been able to standardize the systems we are using. And this has been giving us savings as an organization,” he said.

Catherine Day, regional corporate services director for the Asia-Pacific Regional Corporate Services of the UK foreign office, explained that all invoices and staff expense claims were processed through the Manila office while the payment for bills and purchases were done electronically.

Manila was not the only location considered for the BPO center. In the beginning, according to Day, the UK looked at other cities like Kuala Lumpur in Malaysia, Singapore and Hong Kong.

“The reason Manila was chosen was because of its big BPO industry. It has a good reputation and the Philippines has overtaken India in terms of the number of people employed in this industry,” Day said.

Apart from the competitive labor rates in the Philippines, the UK banked on the country’s “good, skilled workforce” made up of English speakers, she said.

Currently, there are 47 Filipinos and three British nationals on the British Embassy’s BPO center team.

The center intends to hire 20 more people by September to allow an expansion that will take over office work that is not geographically specific in 12 more countries by the end of the year.

In the two years that it has been operating, Day said, the Manila office barely suffered setbacks and resistance from UK diplomatic posts in other countries because of the efficiency of its team.

The Philippines is hit by an average of 20 typhoons a year and flooding is a worsening problem in Manila, but the British Embassy does not consider this a downside.

“Even if there were floods in Manila in the last two years, we were able to keep the operations running. Actually, there was no major downside. Even in the UK, we have snow that affects the people’s ability to go to work,” Day said.

Lewis noted that mainly due to the success of the UK BPO center here, more foreign offices in Manila are following suit.

“Quite a few embassies are interested in moving here in Manila,” Lewis said, adding that some foreign government officials had been visiting the UK BPO center to see how it worked.

Ahmad likened the UK BPO center in Manila to a “hospital pass.”

“It comes from the game rugby. If you see a big opponent coming near you, you pass the ball to a teammate,” he said.

With the BPO center at the British Embassy, the UK looks at the Philippines as a teammate.

Healthcare segment of BPOs on the rise