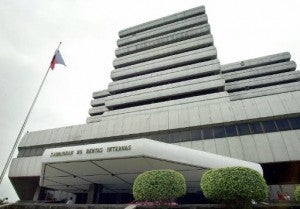 In one of its latest circulars, the BIR reminded concerned individuals that while MIEs have been enjoying certain privileges under the law, they must still comply with several tax and tax-related requirements.

Under Revenue Memorandum Circular No. 7-2014, the tax authority states that MIEs are liable to pay the income tax, but are exempted from the value-added tax and from the business tax.

Moreover, micro entrepreneurs are required to submit reports on earnings and issue receipts.

MIEs are defined in the circular as individuals who are self-employed and earning not more than P100,000 in any given 12-month period. Their incomes are considered mainly for subsistence.

Besides the ones mentioned above, MIEs may also include owners of small carinderia or turo-turo and other micro-entrepreneurs. They exclude licensed professionals, sales agents, brokers, artists and other professionals whose incomes are subject to withholding tax.

The issuance of the circular was part of the BIR’s tax campaign, under which it aims to plug leakages from tax evasion and to boost state coffers.

In a complementary circular, No. 8-2014, the tax authority said individuals who have claimed to have exemptions from certain taxes should secure certification from the BIR for such exemptions.

Without certification of exemption, the BIR said, concerned individuals ought to pay their income tax dues in full.

“The tax exemption certificate or ruling must explicitly recognize the grant of exemption, as well as the corresponding exemption from withholding tax,” the BIR said in the circular.

“Failure of the taxpayer to present the said tax exemption certificate shall subject him to the payment of appropriate withholding taxes due on the transaction,” the BIR added.

The tax authority added that enterprises tasked to withhold certain taxes on purchases by their clients ought to do so unless certification has been presented. The BIR said those failing to withhold taxes as prescribed by the Tax Code would be meted penalties.

The BIR, which accounts for at least 60 percent of the national government’s revenues, is tasked to collect P1.46 trillion in taxes this year.

In 2013, it was expected to have posted at least a 10-percent year-on-year growth in collection although it was seen to have fallen short of its target of P1.253 trillion.

According to rough estimates, the government loses about P450 billion a year due to tax evasion.