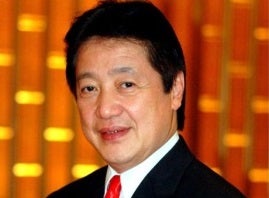 MANILA, Philippines—The non-life insurance industry expects more mergers and acquisitions among its members this year and in the medium term amid rising capital requirements.

Emmanuel Que, president of Philippine Insurers and Reinsurers Association (Pira), said smaller industry players might not be able to meet the increasing capital requirements stated in the new Insurance Code.

As such, Que said, some might opt for merger but a few might decide to surrender their licenses.

There are at present 69 non-life insurance companies in the country, down from 100 a few years ago.

Insurance Commissioner Emmanuel Dooc earlier said the industry used to be overcrowded with too many weak players. A fewer but financially stronger players would help make sure the public would be better served and protected.

Net worth is defined by the law as the sum of paid-up capital, retained earnings, unimpaired surplus and revalued assets.

Dooc earlier reported that in the first three quarters of 2013, non-life insurance companies in the country posted a combined premium collection of P21.26 billion, up by 28 percent year on year.

The industry recorded a combined net income of P2.67 billion, up by 69 percent.

Dooc said the latest financial performance of the industry showed that it was in good shape.

He said, however, that some industry members were expected to post a net loss in the fourth quarter of 2013 given the deluge of insurance claims arising from Super Typhoon Yolanda.

But Dooc said the industry was expected to bounce back in the first or second quarter of this year.

In the meantime, Pira is drafting a bill that will make disaster insurance mandatory among household owners and small and medium enterprises.