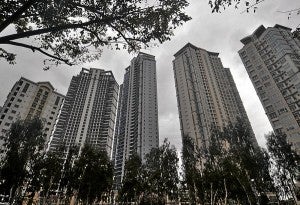 Based on Urban Land Institute (ULI) and PricewaterhouseCooper’s research “Emerging Trends in Real Estate® 2014,” Manila ranked fourth— after Tokyo, Shanghai and Jakarta —among 23 regional markets rated on the basis of a city’s investment prospects.  Manila climbed in this ranking by eight notches from 12th place last year.

John Fitzerald, chief executive of ULI Asia-Pacific, said during the presentation of the report in Thursday night that Tokyo and Manila were “big movers” in this year’s survey.

Manila’s favorable ranking was attributed to the Philippines’ fast-growing economy, increasing popularity of the capital region for multinationals seeking outsourced services and growing awareness that transparency and governance issues have improved. Manila is also seen benefiting from young demographics, strong capital inflows from overseas Filipinos and a workforce with cultural affinity with the West.

The research noted an increasing interest on emerging markets, in particular Indonesia and the Philippines, as alternatives to other traditionally more favored markets. “The reason? Cap rate compression continues to squeeze returns and with higher interest rates seemingly just around the corner, investors are drifting to markets and asset classes that can provide the kind of returns they are unable to tap elsewhere,” the report said.

Prime office rent was  still well below the pre-global financial crisis rates but growing at 5-8 percent per year, the report said. Cap rates are between 9 and 10 percent. It noted a growing trend of office buildings being taken up ahead of completion.

The report noted that a lot of the recent action was focused on sub-markets like Fort Bonifacio, where vacancy rate was estimated at a meager 1 percent. Rent in this area was estimated to have risen from 50 percent of downtown Makati to 80 percent at present.

“The Philippines is drawing a lot of mentions this year within our report and there’s a perceived real turnaround in momentum here, although there’s still perspective that it’s hard to get money from the market. But it still ends up as the most preferred among the emerging markets,” Fitzgerald said.

PH property market seen to be hottest in Asia

Read Next
Maybank ATR goes on voluntary trading suspension
EDITORS' PICK
Pre-order the new vivo Y20s [G] to get a free TWS earphone
In good spirits: SMDC helps farmers and residents through Kadiwa Market
DSWD chief admits ‘slow start’ in distribution of aid in ‘NCR Plus’
65% of Filipinos say Duterte’s health should be made public – SWS
Smart three-peats as country’s fastest mobile network – Ookla
Would the military allow me to stay this long if I’m inutile? – Duterte
MOST READ
Vico Sotto frets getting photos of ‘butt vaccination’ from Pasig dwellers
Metro Manila to have shortened curfew hours from 8 p.m. to 5 a.m. under MECQ
San Miguel Corp. continues to invest heavily in the Philippines’ future
COVID-hit Roque slams ‘un-Christian’ query on how fast he secured hospital bed
Don't miss out on the latest news and information.