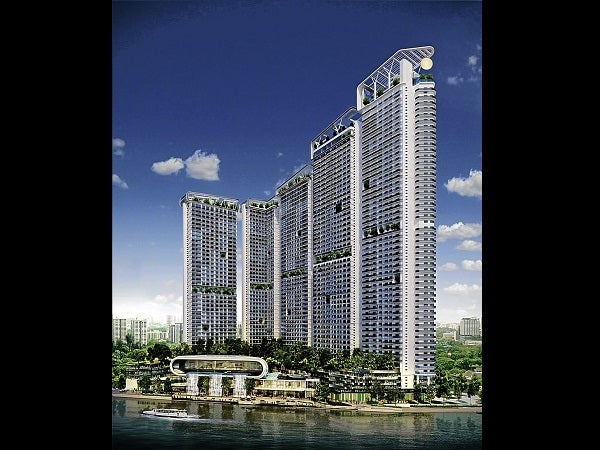 CENTURY Properties’ Acqua Private Residences is expected to do well this year since residential demand will stay strong across all subsectors.

First in a series

What’s in store for the country’s property industry this year?

Going by the fearless forecast of five property analysts, the outlook for 2013 is rosy.

Julius Guevara, associate director for advisory services and head of consultancy and research of Colliers International, said that in general, “the bullish performance of the economy is seen to continue” in 2013. He said 2012 “proved to be a very good year for the Philippine economy and specifically for real estate.” He continued that “an end-of-year GDP (gross domestic product) growth rate between 6 and 7 percent has been forecast by various analysts, and we saw the stock market hit all-time highs during the past few months.”

Colliers International recently released 10 forecast statements on the economy and property sectors for 2013—a collection of insights from various industry experts and Colliers.

“Similarly, the business process outsourcing (BPO) industry continued to drive the office property sector, and current vacancy rates in the major CBDs are in low single digits. The retail sector has also done tremendously well; occupancy rates in regional and superregional malls in Metro Manila are in the 90s. All in all, 2012 exceeded most of our expectations,” Guevara added.

Rick Santos, CBRE founder and chair, noted: “We are now experiencing the best real estate market in the Philippines in the last 20 years. The Philippine real estate sector will have bright prospects in 2013. We see sustained growth in the BPO/office, residential, gaming and leisure sectors.”

Enrique Soriano, Ateneo program director for real estate and senior adviser for Wong+Bernstein Business Advisory, said: “Five years after the financial crisis triggered by a housing bubble, the global economy is convalescing. The Philippine economy is poised to move up. Real estate markets in all segments will grow. Some developers will fail and others will do better because they have a strategy and they have found exactly the right position.”

Claro dG. Cordero Jr., Jones Lang LaSalle’s head for research, consulting and valuation, said an estimated 11,200 units is expected to be completed within 2013 for the residential segment. He also explained that, though “the residential demand will stay strong across all subsegments, there are also various externalities which may challenge the growth of demand over the near- to medium-term.”

The first indicator cited by Colliers showed the Philippine economy would grow by around 6 percent in 2013. The forecast was made by Japanese financial services group Nomura and the World Bank. The World Bank raised its forecast for the Philippine GDP in 2013 to 6.2 percent, up from 5 percent. Nomura also raised its forecast for the GDP to 6.6 percent in 2013. “Growth is expected to tick even higher in 2013 because of the impact of the elections, fiscal improvement and governance reforms in private investments,” Nomura said.

Karlo Pobre, Colliers International’s analyst for research and advisory services, explained that the recent growth in GDP indicates that economic activities in the country have further expanded.

“The higher the GDP is, the more attractive we become, specifically to foreign investors. Investment opportunities should reflect on the property industry, considering the recent developments in the market. This should preferably materialize in the office and industrial sectors,” he said.

Pobre added that currently the construction sector contributes roughly about 8 to 9 percent of the GDP, while real estate services is at 11 percent.

Soriano said: “the long anticipated growth trajectory will happen this year; something that we have not felt for a long time. We have had growth spurts in the past years but never a real, sustained momentum. This time it’s for real. Our economic fundamentals are getting better. The housing and construction market has assumed the lead role in this trajectory, domestic demand is growing, PPP (public-private partnership) infrastructure will continue its aggressive pace and the midyear local elections will boost spending.

“Overseas remittance will grow as the US economy continues to improve, albeit at an annualized rate of 1 percent and Europe’s crisis is apparently showing some signs of remission. With this I expect the economy to pick up steam and grow to 6.8 percent.”

(Next: Residential demand to stay strong across all segments)