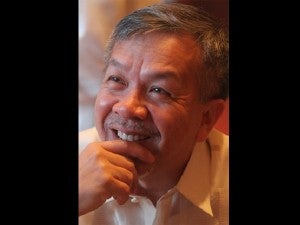 MANILA, Philippines—The Philippines has joined 158 other nations in what is being hailed as the first global trade agreement in over two decades.

Trade Secretary Gregory L. Domingo said the country stands to benefit from the “Bali Package,” or the draft commercial agreements adopted by the World Trade Organization (WTO) at the recently concluded 9th Ministerial Conference in Bali, Indonesia.  It calls for cutting red tape in customs and port procedures while granting less developed countries temporary dispensation from subsidy limits and some preferential trade concessions.

The Bali deal keeps alive the possibility that a broader agreement to create a level playing field for rich and poor countries could be reached in the future, analysts said.

It is the first global agreement struck since the WTO was founded in 1995.

“For the first time in history, the WTO has finally delivered” on large scale negotiations, he said.

Protectionist disputes among the WTO members had foiled agreements in various WTO rounds of talks and led to fears that regional trade groupings may sideline the WTO.

Trade ministers had come to the four-day WTO meeting on the resort island of Bali with little hope that an agreement would be reached.

India had posed some obstacles because of its vociferous objections to provisions that might endanger grain subsidies aimed at ensuring that its poor would get enough to eat. The United States also implements large farm supports of its own.

To set the matter aside, WTO members gave developing nations a temporary dispensation from subsidy limits, shelving the issue for negotiations at a later time.

They also wanted assurances that stockpiles would not endanger markets, skewing world prices.

The centerpiece of the agreement reached in Bali were the measures to ease barriers to trade by simplifying customs procedures and making them more transparent.

The deal could boost global trade by $1 trillion over time and also keep alive the WTO’s broader Doha Round of trade negotiations, sometimes known as the development round because of sweeping changes in regulations, taxes and subsidies that would benefit low income countries.

The idea behind the WTO is that if all countries play by the same trade rules, then all countries, rich or poor, will benefit.

But some critics say WTO rules may hinder countries from setting their own priorities in environmental protection, worker rights, food security and other areas. And they say that sudden reductions in import tariffs can wipe out industries, causing job losses in rich and poor countries.

Agriculture, meanwhile, refers to four specific issues concerning general services that will be added to the so-called “Green Box”—the category of domestic support that is considered not to distort trade (or to distort minimally) and therefore allowed without any limits; developing countries’ public stockholding of food for food security; tariff quota administration; and export competition, the WTO said.

The WTO was formed in January 1995 after the Uruguay Round trade negotiations spanning 1986-1994 were completed. Apart from being a forum for world trade talks, the organization arbitrates trade disputes between member countries. Amy Remo, AFP, AP

WTO’s global role hangs in the balance at Bali summit

Read Next
Despite staggered rate hike, solons want Meralco probed
EDITORS' PICK
Japan brings back virus restrictions over Omicron surge
Gear up and get ready to play with Yamaha Mio Gear
Over 3 Million worth of prizes to be won at Smart Padala’s SENDali Manalo Promo!
Uproar over no vax, no ride policy: Maybe it’s time for gov’t to say sorry—Bello
97% of COVID-19 beds at PGH currently occupied
Acer starts the year off strong with the Aspire Vero National Geographic Edition
MOST READ
1Sambayan names 7 aspirants in its 2022 Senate lineup
Emma Stone calls Andrew Garfield a ‘jerk’ after he ‘lied’ about his ‘Spider-Man: No Way Home’ appearance
Guevarra to Acosta: Obey rules on unvaccinated
Commuters affected by ‘no vax, no ride’ policy may file class suit —Lacson
Don't miss out on the latest news and information.