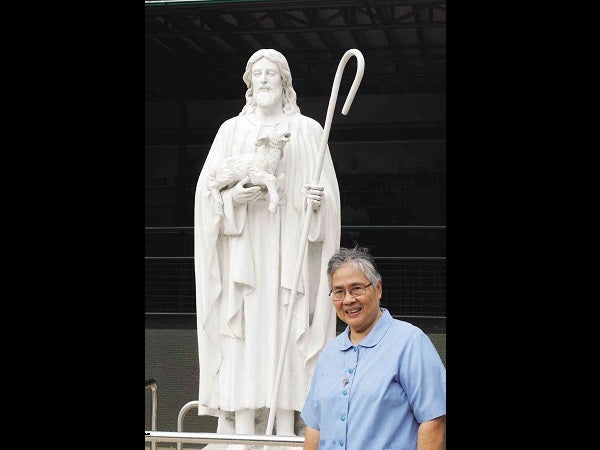 SISTER Jo has been in charge of the store business since it started in Tagaytay eighteen years ago. Photo by Ma. Esther Salcedo – Posadas, Contributor

TAGAYTAY CITY—Bahay Pastulan is more popularly known for its Good Shepherd Tagaytay store that has been selling homemade goodies such as ube jam and other selections over the last 18 years.  It is run by the Maryridge community of the Religious of the Good Shepherd Sisters (RGS), a Catholic congregation that set foot in the Philippines about a century ago. 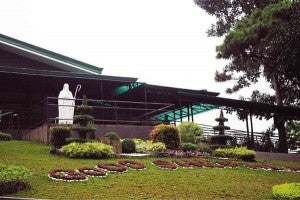 BUILD and they will come—the store is not driven by bottom line targets but simply adapts to customer demand. Nonetheless, Sister Jo implements a strict daily inventory system that follows the first in first out (Fifo) method. Photo by Ma. Esther Salcedo – Posadas, Contributor

Last October 2013, they moved the store to its new home—a sprawling garden establishment with ample parking space right along the Sta. Rosa–Tagaytay Highway.

“The primary reason is there are so many applicants and there is no more space,” explains Sister Jo Olaguer.  According to her, the business was established to help the marginalized such as the unemployed.  She claims that because of their recent move to a bigger establishment, they were able to hire ten more employees.  From a staff of one some eighteen years ago, the store now employs around 60 personnel.

Even some of the food items served at the store offer budget-friendly prices.  A warm serving of arroz caldo for only P25 or fresh lumpiang ubod for P50 is enough to help someone with meager means.  Sister Jo believes in giving the worth of the food and prefers to earn a little but get faster turnover.

She thinks that the downfall of many companies lies in too much focus on getting big earnings.  She continues, “We don’t advertise but people come back because of quality.  They get their money’s worth.” 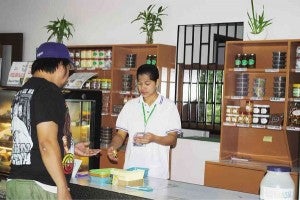 FOR THEIR homemade products, Sister Jo insists on the best ingredients. According to her, Anchor butter and Alaska milk are among their trusted brands. Photo by Ma. Esther Salcedo – Posadas, Contributor

Sister Jo is an accounting graduate and before joining the congregation, also worked for corporations such as IBM.  However, she explains that at their store, they are more concerned about the people they are trying to help.  They are quite different than other businesses and they have a main goal—to “focus on a person’s worth and development.”

This includes weekly values formation and a monthly celebration of mass for the staff.  She also tries to establish a culture of trust.  “Kayo ba ay mapagkakatiwalaan? (Can you be trusted?)” is a question she would often ask new employees.  She tells them that if they commit a mistake, they should be the first one to approach her and not the other way around.  Teamwork is also given importance.  To cite, the store’s profit sharing scheme with its employees rewards attitude, not performance.

“It’s easy to earn a living with some creativity, resourcefulness and honesty.”  Sister Jo believes that with a little entrepreneurial drive (i.e. learning to cook a dish and selling at a profit), even a person without basic education can start a trade.

She mentioned that some people they have previously helped, now own their business and supply some products at the store.

She assures, “Helping the poor comes back to you a hundredfold.” However, she quickly clarifies that the return is not always in terms of money but would include intangible gifts.

At 76-years-old and after two heart bypass surgeries, Sister Jo is helped with trusted assistants who manage day-to-day activities.  In fact, after coming back from a Manila trip, her staff recently surprised her with a store-wide decision that they figured out while she was away.

All 60 employees have agreed to donate P1,000 each (four installments) from their salaries (this amounts to a substantial P60,000 collection when added together) for the victims of Supertyphoon “Yolanda.”

Sister Jo is touched by her employees’ generosity since they really have little to give. Thus she concludes, “We are blessed.”

The rollout so far: 0.99% of PH population given first dose