Green Frog teaches us how commuting should be done 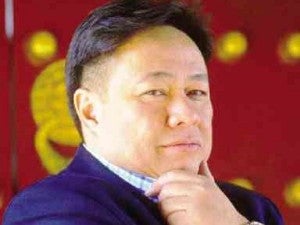 When Philip Go Apostol returned to the Philippines in March 2008, he was supposed to assume a prime position for an international bank, in its local office in Makati City.

Apostol had then decided to leave his cushy work life in Europe, at a time when he was building the corporate finance advisory practice of PricewaterhouseCoopers in Slovenia, and accept the offer made by a Hong Kong-based headhunter given an attractive expatriate package.

“My thoughts were, I had been away for 25 years. I did not get to know my parents and siblings as adults. I missed the whole cycle of my nieces and nephews growing up and if I do not do this (accept the Philippine position) now, I would never come back to the Philippines,” Apostol explains. 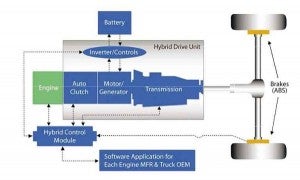 Things took a different turn however when the global financial crisis, which began in the latter part of 2008, shook markets and crippled institutions, adversely affecting exports, employment, and consumer spending worldwide.

“During the financial crisis of October 2008, [the foreign bank] lost billions and ended up being bailed out by its government. It had to restructure, and it is still restructuring until today… Being the most expensive employee in the country, I was laid off to save so many other Filipino jobs,” Apostol relates.

“I took [my severance] package and then traveled the world for a year. I came back in 2010 and started work on the organic [bangus and alimango] farm in Leyte,” he further says.

After another year, a new business was born, but this time, Apostol focused on another industry: public transport. 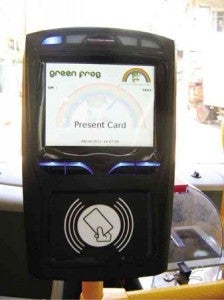 PAYMENT will be made through tap cards

According to Apostol, Green Frog Transport Corp., an innovative bus company that offers an eco-friendly and more sustainable transport option for Filipinos, was conceived in a coffee shop in Makati City in March 2011.

“On a napkin I drew a triangle–the avenues of Buendia, Ayala and Makati Ave. were the three sides of the Central Business District. I told my friend, ’this is the CBD, the financial district of the country. Yet we have a third world, polluting, uncomfortable, unsafe transportation. We should put in first world, environment-friendly, comfortable, safe and reliable transportation.’

I began studying the best form of inner city transport that would work in the Philippines and could be implemented within a short period of time,” Apostol explains.

Having ridden buses during his time in Europe, Apostol saw the stark difference of riding buses in the Philippines, prompting him to find ways to bring the country’s bus transport industry to first world standards. 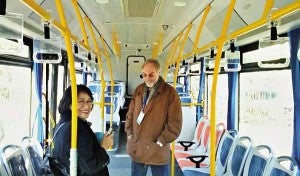 GREEN Frog buses have low floors and luggage racks for the comfort of commuters.

Finally in May this year, Green Frog was able to launch the first two environment- and commuter-friendly buses, signaling a “new era” in Philippine mass transportation.

This project also dovetails with the Philippine government’s efforts to jumpstart that critical transition towards a sustainable transport program in the country.

“Our goal is to provide the Filipino with environment-friendly, comfortable, safe and reliable mass transportation. It is time to move our public transportation to first world standards,” Apostol says.

The two hybrid buses currently ply the Buendia – Kalayaan Avenue route in Makati City with 16 designated bus stops on each side along the way. The plan is to have a total of eight buses by October and 16 by January 2014.

Apostol admits that bringing this project to fruition was marred by difficulties as putting up the hybrid bus system took much time, patience and perseverance on their part.

“We spent a year and half doing global research, studied stacks of literature, hundreds of Skype calls and e-mails to manufacturers in Europe and Asia,  made five trips to China, 10 visits to  the largest bus manufacturers, several visits to the biggest lithium ion battery manufacturers,” Apostol explains.

“While were doing this, we conducted studies on the routes and commuter behavior, driver/conductor pay scales. When we were convinced that the business model was commercially viable, we pitched to investors and banks for funding. This a 100 percent private initiative with no government subsidies or incentives,” he further says.

The hybrid buses emit less harmful emissions compared to the conventional diesel-run buses. These units are airconditioned, equipped with six closed circuit television cameras to monitor all activity in the bus and ensure safety of its riders, while a GPS system transmits the location and speed of the bus.

For the ease and comfort of the riding public, the buses have low floors and have two doors (front entrance and rear exit). It also has a luggage or shopping bag racks and come with coral colored PWD (persons with disability) seats.

According to Apostol, if a rider takes the bus twice per day the cards should last one, two and four weeks, respectively. The company charges flat rate across the 16 stops.

“Almost  everything we implemented was never done in the country,” Apostol  notes.

Apart from revolutionizing the public transport system, Green Frog is also out to “upgrade” the behavior of commuters.

“We would like them to learn to use the designated bus stops, queue for the buses, enter in front and exit through the middle door, use tap cards for speed and convenience, pay with exact change (if they do not have a tap card) upon entry,” he says.

“This is how it’s done in first world countries. If we do this, we can transform commuting from an unsafe, chaotic and uncomfortable experience to something humane and dignified. And I truly believe the Filipino can do this too,” Apostol adds.

Apostol says the company is moving forward given the strong positive feedback from commuters. Green Frog will continue to listen to the needs of the riding public to improve its services, he says.

“This is just the beginning. There is so much work ahead of us. This is just the first 100 meters of a 10 kilometer race. We plan to keep learning, improving and evolving. It’s the only way to survive,” he says.

Green Frog plans to have a total of 38 hybrid and Euro IV buses operating by end 2014, and the company plans to import more buses every quarter thereafter to service more routes.