From ‘talipapa’ vendor to supplier of ad materials 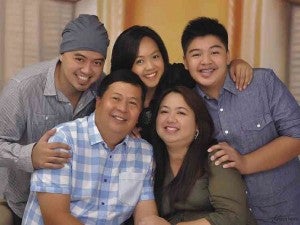 No guts, no glory.

This saying basically sums up the life of Odon S. Vicente, owner and president of Ola-vee Advertising Corp.

Odon had to endure numerous ordeals to get to where he is now.

Odon is not ashamed to say that he was born in less than ideal surroundings. But he says poverty was not in the equation when he turned his big dreams into reality.

His parents, Protacio and Dominga, were vendors in a talipapa(small market) in Mandaluyong. His father was a police officer and a jeepney driver. 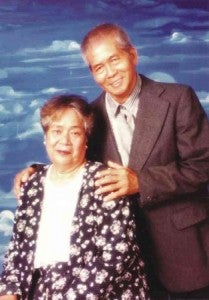 At an early age, Odon was exposed to trade as he tagged along his mother, Aling Ingga. They sold fruits and vegetables and raised hogs in order to send him and his four siblings to school.

“I remember a time when my brother and I used to buy tofu at the market. Since we didn’t have enough money to pay for the jeepney fare, I had to sit on [my brother’s] lap during the trip,” Odon recounts.

For Odon, being a street vendor served to sharpen his skills in trading and prepared him for the challenges ahead.

“I consider those early years … those times that I was raising hogs, as a humbling experience where I learned the values of diligence and humility,” he says.

Odon says setting up the family shop at the local talipapa and selling goods while interacting with all sorts of people taught him more about life than can be had in a classroom. But he doesn’t discount the value of his degree in Electronics and Communications from FEATI University.

WORKING in Jeddah broadened his perspective

For him, having a proper education is equally important.

“Being poor is not an excuse not to finish school,” he explains.

But a man named Danny Alfaraz from Dynetics Inc.—a semiconductor company which manufactures microchips—took Odon under his wing and taught him all about electronics and testing equipment. He was hired as a technician.

Odon was juggling school and work when he married his childhood sweetheart, Elsa, in 1985. Their son, Eleazar, was born in 1986.

Having a family made Odon think of other ways to provide for his growing family, so he transferred to Integrated Microelectronics (IMI) in 1986 as a backend final test technician.

While at IMI, he was offered a job in King Abdul-Aziz University in Jeddah.

He took the job abroad and was assigned at the Marine Science laboratory of the Physics Department. His job entailed testing equipment under water. The equipment measures  tides, wave heights and direction, ocean currents, and water salinity. Odon’s young family eventually joined him there.

The Vicentes’ stayed there for seven years, where Odon recounts his numerous experiences like going to Egypt, Jordan, and Yemen and joining an underwater expedition to study turtles. This undertaking was featured in a Discovery Channel show in 1994.

He came home to the Philippines in 1996 when Odon joined his siblings in the real estate business just in time for the property boom in the country.

While lady luck was on his side, he decided to fly solo in 2000. He tried his hand in printing advertisements. His initial capital was P3,000. Odon’s first client was a man who needed receipts for his business. For his first job in printing, he was paid P18,000.

In 2005, he invested in a large format printer. Being a business-minded person, he mentally computed how much it will cost for the printer to run on a 24-hour basis. Odon then conducted research in a mall to identify his market and observe what it needs.

He saw the signage and tarpaulins on display and thought to himself that he could also make them.

His first big client was Shangri-La. Odon was asked to print tarps and stickers for the hotel. The quality of his printing stood out. Shangri-La became a regular client.

Through word of mouth, his little printing company made ripples in the market.

The name Ola-vee was coined by Odon’s daughter, Bianca. It was a combination of all their names. Odon is now a father of three: Eleazar, Lara Bianca and Alec Jerome.

After his success with tarps, he then ventured into the design, fabrication and installation of showrooms, kiosk, display modules, booths, road signs, boards and murals. He is also into creating buildup letters with LED or neon lights, standee signages and flier stands.

Odon attributes his success to his ease of being around people.

“I like talking to people. One time, I printed the letterheads for the stationery of former President Macapagal-Arroyo. I don’t even know how I bagged that client. I just talk to people and, suddenly, I was printing forms and collaterals for Malacañang,” he says.

For him, one sound business principle that he treasures is that you really have to take care of your own people.

“I always wanted to improve the lives of the people around me,” he says.

If you secure their necessities and show them that you are eager to improve their lives, then they will return the favor in the long run through loyalty and service, he explains.

Another lesson Odon has learned is that of giving back, especially to one’s parents. When he first tasted success, Odon bought the property where the family residence used to be. It was where he built the Protacio-Dominga building, named after his parents. He asked his parents to reside in the building and it is also where Ola-vee’s main office is located.

“Money isn’t everything. It’s time that we all must invest in,” he says.

Yes, the money can give us comfort, but only time well spent with those dear to us will make living happier, he adds.

Odon also says he has no secret ingredient to achieving success.

“All you have to do is have faith in yourself and an even deeper faith in those around you,” he says.