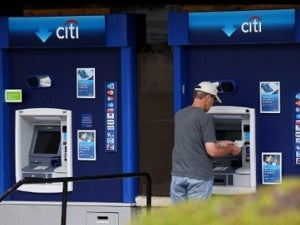 The BSP on Thursday announced that its policymaking Monetary Board (MB) approved the issuance of a memorandum to stop banks from hiking interbank ATM transaction fees, pending a review on disclosure requirements to consumers and the actual costs incurred by banks, among other factors.

“(The hike in fees) has a broader impact on the welfare of consumers because ATM usage affects a wide range of people,” BSP Deputy Governor Nestor A. Espenilla Jr. told reporters. “A study is required so we can balance the various interests here. The BSP recognizes that banks, as businesses, need to recover costs, but consumers also ought to be protected.”

Several of the country’s largest banks have already announced plans to increase fees for certain ATM bank transactions sometime in October and November.

Consumers can use the ATMs of their so-called “mother banks” for free. However, banks charge those who are not their own customers for using their automated teller machines.

Among the banks that have announced plans to increase ATM usage fees is the country’s leading lender BDO Unibank Inc. The banking unit of tycoon Henry Sy will implement its fee hike for withdrawals on Nov. 4.

Other banks that plan to hike fees include Metropolitan Bank & Trust Co. and sister firm Philippine Savings Bank. The hike will take effect on Oct. 1. Bank of the Philippine Islands (BPI) implemented its own fee hike late last year.

While a bank holds the right to seek a court injunction to question the legality of the status quo order, the BSP, as the industry’s regulator, has the primary jurisdiction over the businesses of banks, Espenilla said.

For its part, the Bankers Association of the Philippines (BAP) said it would consult its members before coming up with a consensus on how to approach the matter.

“The BSP believes we have the basis, as bank supervisor, to make such instructions,” he said.

Tan cited sections 4 and 5 of the country’s General Banking Law, which gives the BSP the power to issue rules on the conduct or establishment of standards for banks. The BSP also has the authority to set limitations and directions on the different types of practices of banks and quasi-banks.

Espenilla said that the planned BSP study may well show “that it’s reasonable to have these adjustments…. It’s a genuine study to determine what works best.”

Espenilla also said that the BSP’s review of bank policies would be open-ended.

The regulator’s review of policies will include disclosure practices, competition policies, interoperability arrangements between banks, and the actual cost of interbank ATM transactions. Under existing rules, local banks are required to notify their customers in the event of an increase in fees.