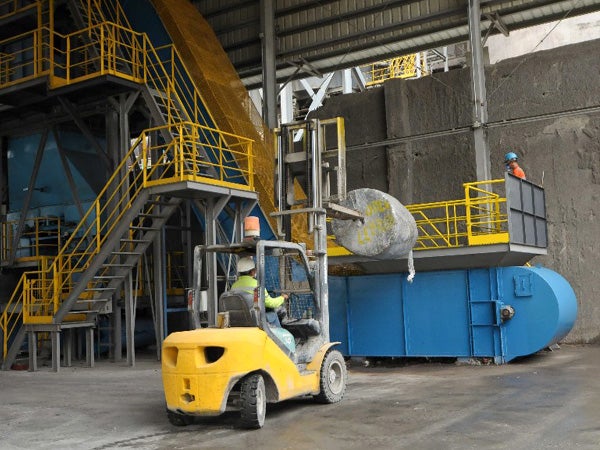 MANILA, Philippines – With energy costs rising and climate change now a major concern, a local cement company has come up with ways to convert garbage into fuel and heat into electricity.

Around 60 metric tons of garbage from Payatas landfill will be processed daily to be used as alternative fuel for cement manufacturing, following Lafarge Republic Inc.’s (LRI) inauguration of its Refused Derived Fuel (RDF) facility in Rizal on Wednesday.

LRI president Renato Sunico called it a “pioneering green technology project” in the local cement industry since it would allow them not only to save on fuel costs but also to address the disposal problem of the Payatas dumpsite which receives 8,000 tons of solid waste per day.

Don Lee, country CEO of Lafarge Holdings (Philippines) Inc., said the facility was a “manifestation of [their] efforts to be a responsible company and meet the challenges of society, as well as play an active role in the development of the communities” where they operate.

A local partner of French company Lafarge, the world’s largest cement manufacturer, the LRI now has three RDF facilities in its Luzon plants, one in Teresa town in Rizal and two in Bulacan.

Sunico said their company’s goal was to produce quality cement while “consciously reducing its carbon footprint.” 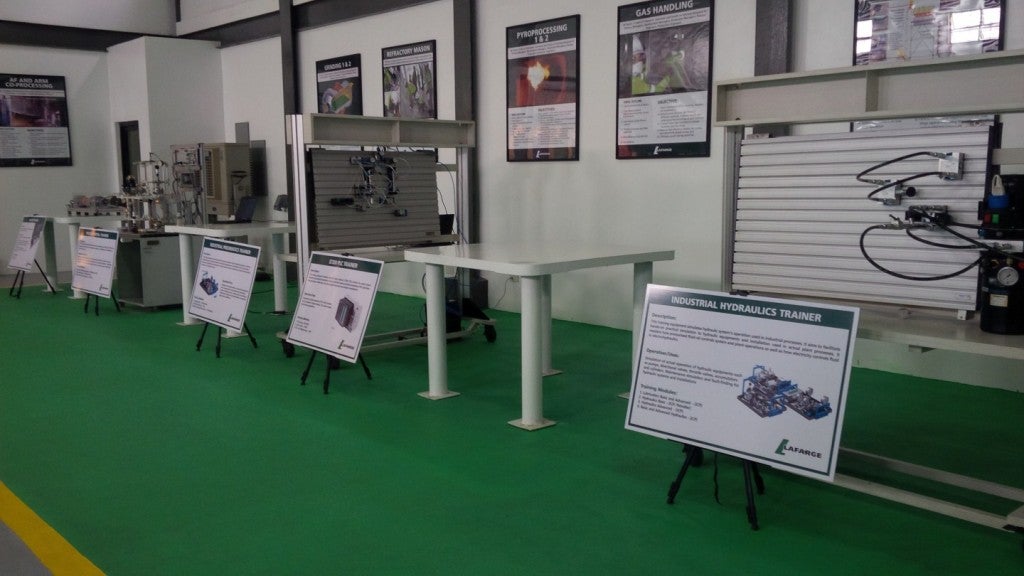 According to the United Nations Environment Programme (UNEP), the cement industry is the second biggest source, next to power generation, of carbon emissions which contribute to human-induced climate change.

In addition to the RDF facility, LRI’s Teresa plant has a Heat Recovery System (HRS) which for two years has been using steam turbines to convert excess heat from cement production into electricity.

Lee said the HRS, which is the first in the country, generates 4.5 megawatts of electricity and helps the plant reduce its carbon dioxide emissions by 12,000 tons per year.

The company said the cement plant was now 30 percent less dependent on the Luzon power grid because of the HRS.

In 2011, the HRS project was approved as a Clean Development Mechanism by the United Nations Framework Convention on Climate Change. It was also recognized by the Department of Energy for saving 8.5 million liters of oil and preventing12.6 kilos of carbon dioxide emissions.

Before the RDF, Lafarge also used rice husk as an occasional substitute for coal, the primary energy source for cement production. It helped reduce the company’s energy expenses, lower their cement production’s impact on the environment and utilize what used to be agricultural waste.

The LRI has also followed the example of foreign cement companies in using industrial by-products such as fly ash and bottom ash as supplement to cement.

From dumpsite to fuel

Sunico said they have partnered with Mundo Verde Corp., a consortium that includes a Lafarge subsidiary, which sorts and processes solid waste from Payatas before delivering it to their RDF facility.

“What they did is that they hired (garbage) scavengers as employees,” Sunico said.

“From the garbage collection, the waste is transported to the trommel screen (a machine) which separates the organic waste,” Vicente said.

Sunico explained how the employees would sort out combustible materials (that produce heat and power when burned) from recyclable materials such as paper and plastic, before passing through a metal separator.

“After that, it goes through a shredding machine to turn it into ‘fluff’ that is easier to transport,” he said.

The fluff or finely shredded material is then processed and wrapped in plastic for transport to their plant in Rizal.

According to Vicente, the processed waste undergoes “cement kiln co-processing” which turns it into fuel while simultaneously manufacturing cement.

The combined operation involves burning the organic compounds into gases through the cement kiln (with a temperature that can reach up to 2,000 degrees Celsius) and utilizing the inorganic materials in the production of cement.

The process uses up all the materials and leaves “no residual waste” for disposal, Vicente said.

Sunico said the project was their contribution to protecting the environment, by helping reduce waste in the Payatas landfill.

“Metro Manila alone is generating around 8,000 tons per day of solid waste…This is the crisis that we are facing now. Sooner or later if we don’t act, what will happen to the Philippines? We will soon be buried in garbage,” Vicente said.

During Wednesday’s press conference, LRI also inaugurated the Teresa Cement School which would help train their employees from all over the country on technical and leadership skills. The school has training rooms and a workshop area showing samples of the machines used in the plant.

French Ambassador to the Philippines Gilles Garachon lauded Lafarge which he said was ahead of its competitors because it has substantial investments in research and development.