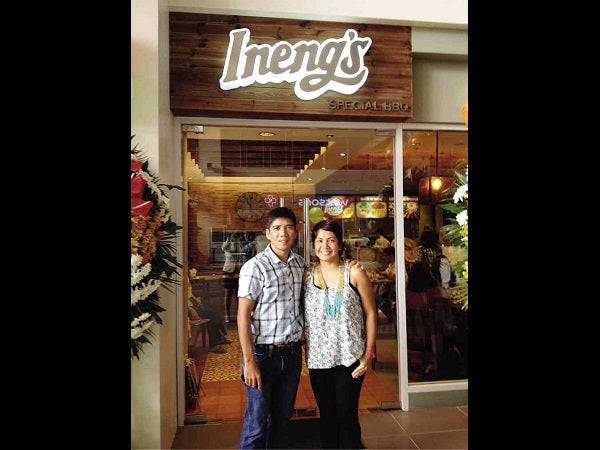 Every day, Richard and Michelle Santiago face the finish line in the morning and the business bottomline at night.

As entrepreneurs, the couple behind Ineng’s Special BBQ has worked hard in the last 14 years to grow their business from a small market stall in Cubao to a restaurant chain and franchiser across the country today.

As triathletes, Richard and Michelle would run, bike and swim in long distances and even join competitions held around the country. They swim, bike, run and extend this discipline in managing their business.

“At the end of the day, it’s all about commitment,” says Richard. “It’s hard work but it’s worth it.”

Richard knows whereof he speaks when he talks about commitment—and won’t run away from it.

In the last 10 years, the Santiago’s motivation to do good business was not just to save money but to also pay a debt in millions that they didn’t even incur.

Early in his career as a milkfish raiser in Pangasinan, he was conned by a man who had cost the couple their life savings.

The couple met the man during their wedding who claimed to be a scion of a prominent family. The man asked Richard to guarantee a loan on his behalf but disappeared when the sum had to be settled.

Devastated at first, the couple did not give up and decided to negotiate with the loan patron. “Ninong was kind enough to give us a chance to pay in installments because he knew we were victims too,” shares Richard.

The couple then returned to Manila and decided to rise above the challenges. With a P2,000-capital,  one loyal helper and a secret-recipe for the barbecue sauce, Michelle stayed by his side and scrambled to start a new life and a living by starting a small business. 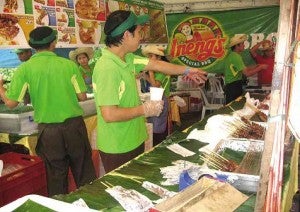 In 1999, the couple joined the Sidcor Weekend Market on Main Avenue corner Edsa. Richard himself was the “master griller” and Michelle took care of the meat preparation. They sold thousands in a little over a month and soon gained traction as word spread about their barbecue.

“People began to ask, ‘where did you get your barbecue’—and as word of mouth goes—it was from Ineng’s,” shares Michelle, who responds to that very Batanguena nickname.

“We have been patient, the waiting period has been so long—parang barbeque. But in time, we hit our sweet spot and targets,” Michelle says heartily, amused at the unexpected metaphor she just shared.

On their tenth year in the business, the Santiagos also opened its doors to franchising through ISB International Franchising Corp. and joined the Philippine Franchising Association. Ineng’s welcomed its first wave of franchisees from Metro Manila, Ilocos Norte and Batangas.

Richard says he is keen on adding five stores a year and has opened his fourth branch in Quezon City a little before his personal deadline at the year’s end.

“We must be on the right track then,” beams Michelle.

From being a fast food to a quick-service restaurant, Ineng’s still serves in weekend markets acknowledging their roots. During the interview, the couple even had to transfer to a nearby coffee shop because the lines were long in their Makati branch and Richard gave the table up for the customers.

The couple, who met in college at San Juan de Letran as Accounting majors, couldn’t help but be nostalgic of their humble beginnings. They bespoke of their endurance in love, business and even running .

“Oh, he’s the competitive one, while I do it for fitness (the running),” shares Michelle. Even if they are in the food business, the couple is keen on health as they wake up at 4:30 a.m. to train then proceed to work by 10:00 a.m.

After their training, Richard heads out to take care of logistics, while Michelle attends to the production line, often spending hours locked in a room to marinate up to 1,000 kilos of meat to be prepared per day.

“The secret to our special barbecue is in the sauce and grilling style,” she says. “But in business, the secret should be shared— it’s in hard work and commitment.”