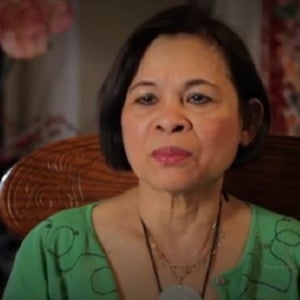 SAN FRANCISCO—Judith Camelo and her husband, both Filipino Americans, bought their house for $196,000 and refinanced it three times. When she had to retire to take care of her injured husband, their income fell. One day, she saw a man post a piece of paper on their door and leave.

“It was a foreclosure notice,” Camelo says. She saw a loan modification advertisement on television and went to the firm for help. She was asked to pay $975 initially and $1,402 the second time. Then she never heard from them again.

Camelo was just one of the thousands of victims of foreclosure rescue scams, a growing epidemic, according to nonprofit housing counselors. Many of the scams target minority and limited-English speaking communities.

If asked to pay, stay away

“You shouldn’t be paying for loan modification assistance,” says Leah Simon-Weisberg, legal director of Tenants Together. “If you’re asked to pay, stay away,” she added at a press briefing held by nonprofit housing assistance agencies, hosted by New America Media.

That’s what Camelo eventually did. She sought assistance from HERA, which helped her modify her loan and stave away foreclosure and eviction.

“I say do not trust individual attorneys who say they will help you modify your loan,” says Brown. “I’m sorry to say that some of my colleagues in the law profession cannot be trusted on this.”

Foreclosure rescue scams show no signs of abating, and could increase given the slow reversal of the housing bust. Another 700,000 homes are in the foreclosure pipeline in the state, says Vanitha Venugopal, program director of Community Development and Investment at the San Francisco Foundation.

“One million homes were foreclosed in California during the housing bust, and blacks and Latinos have had two times the foreclosure rates of whites,” Venugopal says.

Her program is devoting $2 million in the next two years in an awareness drive to warn minorities of foreclosure rescue scams and to direct them to nonprofit housing counselors for proper help.

The San Francisco Foundation is a partner in the California Home Ownership Preservation Initiative (CHOPI), a $5.3 million statewide effort to expand the availability of foreclosure intervention services in low inclome communities worst hit by the foreclosure crisis.

The foundation also made a $4.5 million commitment over three years to 30 grantees in the Bay Area to support counseling and legal assistance to help homeowners, but also acquisition of foreclosed properties to sustain affordability.

“In two years, 14,000 people have received counseling, 1,900 homes were saved and 1,334 properties were rehabilitated, but many more people need help and the scams are getting bolder,” she cautions.

Minorities have been the worst hit by the housing crisis, says Kevin Stein, associate director at California Reinvestment Coalition, who blames lending institutions.

While the Homeowners’ Bill of Rights and the national mortgage settlement have mitigated some of the problems, there is lack of enforcement by the federal authorities and lack of compliance and accountability on the part of banks and other financial institutions, Stein says.

HERA’s Brown also accuses banks of refusing to release all their real estate properties on the market, creating a false sense of tightness in the ownership and rental markets. “It’s a form of market manipulation,” charges Brown, “increasing pressures to sell to investor-buyers who out-buy common homebuyers.”

House ownership as part of the American Dream is becoming out of reach, the shortage of rental housing is also compounding the difficulties of working people, says Gloria Bruce, deputy director of the East Bay Housing Organization (EBHO).

As it is, says Cruz, an average restaurant worker must work 75 hours a week to be able to afford a $1,000 a month apartment. The federal definition of “low income” she says is a household income of $46,000 a year. “So a lot of working people are struggling.”

Booming technology companies do not plan for the housing of their growing staff, leaving the problem for local governments to deal with, gentrifying low-income neighborhoods, depleting available housing and driving up rents.

Simon-Weisberg also warns of the rise of “company towns” with “mega-buyers like Equity Residential in Palo Alto and Blackstone in Sacramento” buying properties in bulk, making them unavailable to common homebuyers. Tenants in such company towns, she says, virtually have no protection from their big landlords.

There are options, EBHO’s Bruce says. “There is a misconception that low-cost housing is public housing—no, there are nonprofits that build and maintain low-cost rentals, but the waiting lists are long.”

Bruce is calling for the passage and enactment of Senate Bill 391 in the state legislature to dedicate funding for low-cost housing.

This is crucial, says Cheyenne Martinez-Boyette of Mission Economic Development Agency, because homeowners who are underwater need expert guidance in navigating the “murky channels” of the foreclosure process.

And housing advocates emphasize, it’s really help that no one needs to pay an arm and a leg for.