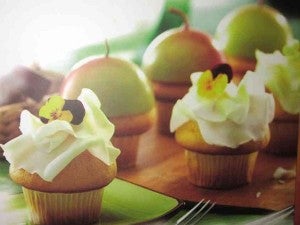 Cupcakes first saw the light of day in 1976, reports Wikipedia, with a recipe notation of “a cake to be baked in small cups.”  And in an 1828 cookbook, the term “cupcake” was born.

A cupcake is defined as “a small cake designed to serve one person, which may be baked in a small thin or paper aluminum cup. As with larger cakes, frosting and other cake decorations, such as sprinkles, are common on cupcakes.”

And so, like many other American imports, cupcakes went on to conquer the world, so to speak.

In the Philippines, the cupcakes shebang was started by Sonja Ocampo, a marketing management graduate of De La Salle University who honed her culinary skills in cooking schools in Illinois and New York. She was at one time frosting cupcakes at the Magnolia Bakery in West Village, NY, said to have started the “cupcake craze” in Manhattan. 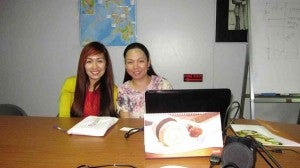 Ocampo then established her Cupcakes by Sonja in Metro Manila several years ago, and apparently is making good. She is now one of the owners of the Good Earth Tea Room Restaurant in Greenbelt 3, Alabang Town Center and Metrowalk Ortigas, all in the metropolis.

And then the competition materialized.

There are now at least three major players in the cupcake carousel: Cupcakes by Sonja, Sophie’s Mom and Vanilla Cupcake Bakery. Not so fast. There are also the home bakers.

These are an individual, a couple, or a group of people who work at home and sell online, made to order. “Walang (no) overhead,” notes Valerie-Valencia Baldos, marketing officer of Puratos Phils., a supplier of cupcake ingredients and recipes, among other food products. “They have 300 percent markup.” Puratos ([email protected]) is located at FTI complex, Taguig City, soon to be rehabilitated by the Ayala Group of Companies. 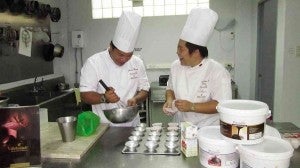 “They are home-based entrepreneurs, there are a lot of them,” says Apple Lopez-Bayongan, Puratos marketing manager. “They get a lot of orders, mas mura sa kanila (it’s more economical with them). So you can say that they are also in competition with Sonja.”

She adds, “It’s quite risky (to invest in cupcakes). You have to think in terms of quality, of having shops and product range. That’s why there aren’t so many.”

But the competition is intense. The cupcake business owners have to think of ways to attract more customers, of nice packaging, of making the products gift items. One bakery targets children, teenagers and young professionals.

The entrepreneurs “play around with the flavors and colors,” says Apple. “They create a story around the product. They give more information, like health benefits, to the customer. That’s important. And they make an effort on the display; they make sure it’s really fancy, inviting to the customer.” 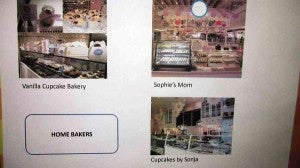 And so, she notes, cupcakes “are a growing trend worldwide. It basically originated from the US, it’s one of the most popular types of American sweet food. And it’s also very popular here.”

(Ed’s note: At the recent launch of Bensimon, a line of sneakers from France, brought to the country by Terry, S.A., distributor of Havaianas slippers, Terry president Anne Gonzalez said they have already invested in Sonja’s Cupcakes. Terry will lead the expansion while Sonja will focus on Research and Development)