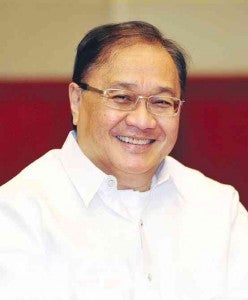 CLARK FREEPORT—Can IdeaSpace jumpstart a Silicon Valley in the Philippines?

Business tycoon Manuel V. Pangilinan once posed this question to promote the idea of creating a center for high technology-based enterprises, which would be “incubated” through IdeaSpace, a nonprofit foundation that is supported by industry leaders.

“The aim was to create jobs so that few people leave the country,” says Diane Eustaquio, executive director of IdeaSpace, who narrated that encounter with Pangilinan in early 2012.

Technology entrepreneurship or technopreneurship is what IdeaSpace intends to develop for the next five years, Eustaquio said.

“We will help technopreneurs every step of the way,” she says in a briefing here on Thursday.

IdeaSpace selected 10 startup businesses it would sponsor from 700 entries in a search competition that opened in August 2012 and closed on April 5.

One of the winners is Armtech, the group composed of Alvin Layda, Reinell Cunanan and Moses Guevarra, who are from Angeles and Mabalacat cities in Pampanga.

The winning business ideas are practical commodities: a low-cost water purifier for homes, beverages made from dates, joint implants designed to fit the Asian-build, a system that generates electricity each time vehicles drive through rumble strips laid out along high-traffic roads, and a seat-reservation system for buses plying the provinces.

Within a six-month incubation period that starts on May 7, each team gets a funding of P500,000 as well as mentoring services, support services, and grants worth P2 million from IdeaSpace partners Amazon, Asian Institute of Management, Freelancher.com, Ionics, IPO Philippines, Microsoft Philippines, Adamson University and the University of the Philippines’ Open University, Eustaquio says.

The teams, she says, can get additional investments of up to P5 million during the incubation period. The teams will also be linked to potential investors in and out of the country.

“Our job is to make them investable businesses at par with global standards,” IdeaSpace president Earl Martin Valencia says.

“What is common is that they all pose innovative and disruptive solutions to market needs,” he says.

For example, Armtech’s compact water purifier for households could  give water bottling companies a run for their money.

“It can kill 99.9 percent of harmful organisms,” Cunanan adds. His group intends to produce 50 prototypes until November.

Eustaquio says: “We are proud of these groups. Their products will affect the lives of many people in a good way.”

The 10 teams are setting up offices initially at the 10th Floor of the PLDT MGO building in Makati City.