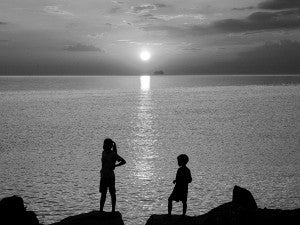 LATELY, Facebook petition sites called ‘S.O.S. Manila Bay: Save our Sunset!’ and ‘No to Reclamation of Manila Bay’ have surfaced.

Members OF social media have banded together to protest the Manila Bay Reclamation project. Lately, Facebook petition sites called “S.O.S. Manila Bay: Save our Sunset!” and “No to Reclamation of Manila Bay” have surfaced.

A pro-Manila Bay Reclamation project page titled “Help Bring Back Manila’s Pride and Glory” has been stormed with scathing comments and questions from netizens. A petition site at change.org titled “SOS Manila Bay: Save our Sunset, No To Reclamation” says that “in addition to blocking the view of the sunset from Malate and Ermita, the reclamation will worsen floods, extinguish the tourism area along Roxas Boulevard, destroy the potential of our historic Intramuros, remove 20 vital anchorage berths for ships and most of all, take away from us a waterfront we all love.”

On Feb. 14, a full-page paid advertisement titled “The Truth About The Manila Bay Sunset” published in the Inquirer’s main section defended the project, claiming that “the truth is that Manila Goldcoast Development Corp. is creating an additional 4,223-meter sunset-viewing area on Manila Bay,” adding that the multilevel sunset viewing area will be accessible to the public via Quirino Avenue and the Cultural Center of the Philippines.

But the real score may be best obtained from an urban planning expert not involved in any way with the project.

Felino “Jun” Palafox, the principal architect and managing partner of Palafox Associates, told Inquirer Property that “there are disadvantages to doing a reclamation project, like it can worsen flooding, block the views of existing waterfront development, harm aquatic resources, environment and heritage historic sites. However, there are also many advantages if planned, designed, engineered, and implemented properly in the right place, at the right time, at the right land-use density and type of development. In Europe, they call water reclamation Corniche.”

Palafox added that “Roxas Boulevard (lies on) reclaimed land, and the development, I think, stretched from Taft Avenue to Manila Bay.”

“The Philippines has the third longest coastline in the world. While the rest of the world treats waterfront as prime real estate, the ‘front door’ of development, the Philippines seems to treat it as back of the house or the ‘garbage bin,’” he said.

So, is the Manila Bay reclamation project, which turns out to be already an extension of the old reclaimed Manila Bay coastline, ill advised?

Palafox stressed the following questions ought to be answered first: “Will the reclamation impact on the sunset view of historical Daniel Burnham’s Dewey Boulevard? (Will it compromise) the security of US Embassy? Will the additional traffic generated by the project worsen the traffic situation along Roxas Boulevard? Will the reclamation address flooding and liquefaction issues?”

These are questions no full-page newspaper ad has enough space for to properly address.