Philippines can be RE leader in Southeast Asia: Greenpeace report | Inquirer Business

Philippines can be RE leader in Southeast Asia: Greenpeace report 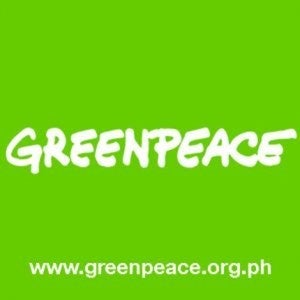 MANILA, Philippines—The Philippines is sitting on vast renewable energy potential of more than 250,000 megawatts of power that can save money, generate jobs and make electricity available and affordable to more Filipinos, Greenpeace said in a report on Wednesday.

The economy stands to benefit from massive renewable energy investments and does not need to rely on outdated and destructive fossil fuels, according to the report titled “Green Is Gold: How renewable energy can save us money and generate jobs.”

At a press conference in Quezon City, Greenpeace launched the report, in which the group sought to debunk notions that renewable energy technology was expensive and not economically viable.

“It will make the cost of electricity more economical, generate growth for the country while posing fewer risks to the environment and  people, and contribute to energy independence,” said Von Hernandez,  executive director of Greenpeace Southeast Asia.

Greenpeace said the country’s RE potential was estimated at 261,000 megawatts, which “remains untapped, with investors now moving to other markets in the region, having been locked out by coal projects in the pipeline.”

Anna Abad, the group’s climate and energy campaigner, pushed for what she called an energy revolution by turning its back on coal and capitalizing on RE technologies, such as geothermal and solar panel production.

“This report shows clearly how renewable energy is the win-win solution for sustained economic growth in the Philippines,” she said.

Abad said the Department of Energy should not miss out on the opportunity to realize the full potential of the five-year-old Renewable Energy Act of 2008.

Hernandez noted how the RE law had been hailed as a landmark law that was seen to usher in the new era of renewable energy in the country by  generating billions of dollars in investment and creating new opportunities.

“However, after five years, implementation has yet to bear the fruits that were envisioned when the law was crafted. We have yet to see major implementation, which has been hobbled by foot-dragging, the inability of government agencies to enact corresponding rules and regulations, and willful sabotage,” he said.

Hernandez blamed what he described as the “conflicting policy direction being pursued by the DOE and by the Aquino administration.”

Compared to previous administrations, he said, it was only now that the government was supporting more than 20 proposals for coal-fired power plants, “which goes against the spirit and intention of the RE law.”

“It is unthinkable that we’re investing in our own suffering,” he said, pointing out the environmental costs of coal and other conventional fuels.

For example, it said, a 10-megawatt solar plant employs 1,000 people during the construction phase and another 100 people in permanent full-time jobs.

In terms of revenues, Greenpeace said geothermal energy, a “mature industry in the Philippines,” had saved the government more than $7 billion since 1977.