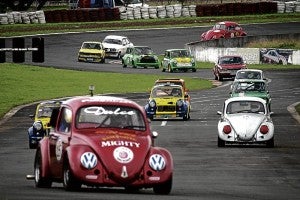 THE PHILIPPINES, a nation of speed lovers, must be next in the roster of big motorsports players.

This year has been one hell of a year for motorsports. From Formula 1 to local karting, racing never fails to give exciting plots that will give any primetime network telenovela a run for its money. It is funny that for a world dominated by men, there is a lot of gossip floating around: driver migration, cheating scandals, fights and unsure team futures. But these are all part of the game.

Sebastian Vettel’s epic battle with Fernando Alonso has made the F1 season full of controversies and excitement. Vettel’s third world title has inducted him to exclusive company of racing greats that included Aryton Senna and Michael Schumacher, replacing Senna with a 6-year difference as the youngest driver to achieve this.  But the season also showed the prowess of Fernando Alonso—driving a slower car yet being able to give a superb battle.

Europe—where the motorsports market is most mature—enjoys steady, well-attended race events. But for some reason, more and more races are being done in Asia; before, it was only Japan that was worthy for a slot on the F1 calendar, now we see Singapore, Korea, Malaysia, and China on the itinerary. With recent global changes, focus has indeed shifted to Asia.

The Philippines, a nation of speed lovers, must be next in the roster of big motorsports players. Here are some of the events in 2012 that seem to indicate that we are indeed headed in that direction:

Marlon Stockinger’s win in the Monaco Formula GP3. It brought goose bumps to fellow racers when the Philippine national anthem was played at the podiums of Monaco.  Filipino-Swiss Stockinger, who started karting at a very young age, pursued a racing career, first in Asia then in Europe. Gunning to be part of the Lotus Young Driver Program, he is eyeing an F1 ride in 2014.

Racing retro.  Twenty nine classic cars have risked their engines and axles for the fun of racing. The retro race is one of the novelty races expected to rack up the numbers of people joining motorsports next year. It was a coming together of racing enthusiast who wanted to take their beloved cars in the track. It is also a cost-effective way to goracing: finding an old car, fixing it, and hoping that it runs long enough after six laps.  This is just pure fun.

More international Filipino competitors.  Michelle Bumgarner, JP Tuason, Enzo Pastor, Flynn Jackes, Franco Reyes, Milo and Estefano Rivera are among some racers that are crossing the seas to represent the country in international feats. Pastor races the Euro Nascar and Macau Grand Prix, while first Filipino BMW M-certified driver-trainer Tuason raced at the Formula 1 tracks in Nurburgring Germany and Spa, Belgium for the Porsche Sports Cup. Jackes, Reyes, Rivera all compete in the Asian Karting Open Championship and the KF Cup all around Asia.

Arrival of F1 Drivers. Although some of the visits were as quiet as a smuggler coming in and out of the country, there were a total of three F1 drivers who came to the country: Jenson Button for the Iron Man triathlon in Cebu, Mika Hakkinen for the Johnny Walker road safety advocacy, and the “Angelina Jolie-Brad Pitt in Boracay” type of visit of Lewis Hamilton for Unicef.

Increase of supercar owners. More supercars mean more track activity. We have seen track days that can put a car show to shame. The Mile, TRS Raceday, 0-400 Competition by Emperor, and Speedlab have made big leaps in keeping the excitement for the enthusiast alive. Since the track is your best bet in being able to experience your car at its limit, more and more car nuts are lining up on the pit lane. Because of this, we hope that the car manufacturers will also make their super car owners super safe drivers by providing proper training on driving those machines.

International race event interest. There are several international events that have been announced to take place in the country this coming year: V8, Euro-Nascar, and Road GT races at the Fort. Though these are all in the press release stage and no concrete plans have actually been laid out. But the mere fact that we are now being considered a viable venue for motorsports speaks volumes.

Launch of potential cost effective race cars. Although some car brands have stepped out of the track, other car brands have stepped in and taken things a little bit further. Toyota launched the 86, Subaru, the BRZ; Hyundai brought out the Genesis sideways; Mitsubishi is geared for the comeback of the rally/slalom favorite Mirage. These more affordable race cars only signify that racing is indeed the “fun” soul of any car brand. This of course also means more choices for enthusiast; there is no way you can talk about performance without taking it to the track and burning rubber.

We in the motorsports industry are looking at a brighter and more exciting 2013. We really do believe that Filipinos are made for racing … so unleash your inner Sebastian Vettel, suit up, strap your helmets and see you at the racetrack!