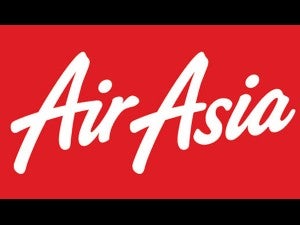 MANILA, Philippines – Low cost carrier Philippines’ AirAsia on Sunday launched flights for Singapore and Taiwan in an effort to boost tourism in the country and provide service for thousands of Overseas Filipino Workers (OFWs).

Maan Hontiveros, AirAsia Inc. CEO, said the move was in line with their commitment to “serve the under-served” by offering low cost travel options.

AirAsia flies four times a week to Taipei, its newest regional destination, with flights departing at 12:05 p.m. and arriving at Taoyuan International Airport at 2 p.m. Hontiveros said that the time of arrival in Taipei would be very useful for OFWs whose first stop was usually for medical check-ups.

By January, she said they are hoping to expand their Taiwan-bound trips to daily flights.

Hontiveros said that they do not only want to help the 177,600 OFWs in Singapore and 100,000 OFWs in Taiwan but also seek to increase tourism in the Philippines with their new services.
Ambassador Raymond Wang of the Taipei Economic & Cultural Office (TECO) said that AirAsia’s “reasonable airfare” would no doubt attract more tourists to the Philippines.

The Philippine embassy has pegged Taiwan as its Philippines’ fifth largest source of tourism with some 155,000 Taiwanese tourists entering the country in October this year alone.

Read Next
‘Going down masa market is key to sustainable growth’
EDITORS' PICK
4 Ways Jollibee’s new store will serve a leveled-up kind of joy to Filipinos in the South
In appreciation: Kobe Bryant, a life defined by hard work
DOH warns vs eating raw meat, exotic animals amid coronavirus outbreak
‘House of Kobe’ launched in Valenzuela City hours before hoops star’s death
SM continues to send relief assistance to remote towns in Batangas
Get exciting deals and discounts when you download the new McDonald’s App
MOST READ
College baseball coach, wife and daughter die in crash that killed Kobe
Kobe Bryant’s daughter Gianna also killed in crash
Kobe Bryant’s helicopter flew in fog that grounded other choppers
Hunt out for man caught ‘defecating’ in Intramuros
Don't miss out on the latest news and information.