Iloilo set to turn into a convention hub 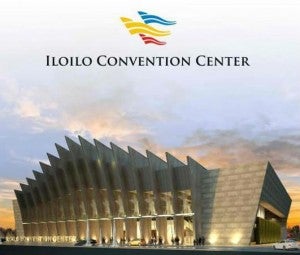 ILOILO CITY, Philippines—Iloilo may be on its way to becoming an international convention destination with the unveiling of a P450-million project set to be completed in 2014.

“In formally unveiling the Iloilo Convention Center here in the Iloilo Business Park, we mark a new milestone in the history of Iloilo and the entire Western Visayas,” said Kevin Tan of Megaworld.

The convention center will be built on a 1.7-hectare lot valued at P200 million. The lot, donated by Megaworld, used to be part of the company’s 54-hectare property at the former Iloilo airport in Mandurriao District.

“It will be exciting to see the rise of a topnotch convention destination that will put Iloilo on the map as a vibrant conference hub in Western Visayas and the Asia-Pacific, especially now that the airport serves local and international flights,” Tan said during the formal launch of the project.

He said the convention center would complement its thrust to develop the Iloilo Business Park as a hub for tourism, convention and business process outsourcing (BPO).

“The Iloilo Convention Center is a symbol of the bright future of Iloilo. The Ilonggos are more than ready to see their land shine,” Tan said.

The Tourism Infrastructure and Enterprise Zone Authority will allocate P200 million for the construction of the convention center, while another P250 million will be sourced from the Priority Development Assistance Fund of Sen. Franklin Drilon.

“This new edifice is something that we, Ilonggos, will take pride in because of its very unique design—a testament to our high regard for our rich culture,” Drilon said during the launch.

He said the completion of the convention center in 2014 would also help Iloilo’s bid to host the Asia-Pacific Economic Council meeting in the first quarter of 2015.

The state-of-the-art convention center will be constructed based on a design inspired by Iloilo’s Dinagyang and Paraw festivals. It will have a total floor area of 6,400 square meters.

The two-story structure will have a main hall on the ground floor with a 3,700-seat capacity. Also, there will be 500-seat function rooms on the second floor, said architect William Coscoluella.

It is also designed to cater to world-class cuisine requirements.

Western Visayas plays a key role in the government’s target of attracting 10 million tourists by 2016, Jimenez said, citing Iloilo’s rich cultural heritage and its many universities and schools.