Coping with an emerging megacity 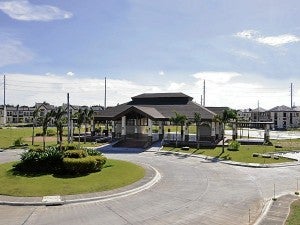 PAAPDC believes that with more land bank in several provinces of Luzon, the company will be able to deliver its brand of least expensive and quality developments. Photo by Charles E. Buban

THE UNITED Nations Human Settlements Program (UN–Habitat) defines a “mega city” as a city with 20 million or more inhabitants.

While Metro Manila is not yet considered one (compared to Shanghai, Tokyo, Mumbai, London or New York), its growing population—currently pegged at around 12 million—may soon find itself merging with another densely populated region of Calabarzon (Cavite, Laguna, Batangas, Rizal and Quezon) that also now has around 12 million inhabitants.

“With excellent roads and much-improved telecommunications system already connecting these two regions, the fact that there are several thriving business centers and economic zones system existing and new infrastructures being completed all over these two places, it would no longer be surprising to realize a mega city emerging out of Metro Manila and Calabarzon,” said PA Alvarez Properties and Development Corp. president Jonathan Lu.

Lu believes that with such scale and speed of urbanization across the two regions, property developers like PAAPDC must be ready to cope. “Small players have a vital role considering it is us who will be providing most of the much-needed shelter that individuals and families living in an emerging megacity will require.”

As PAAPDC celebrates its 18th year in the industry, Lu said the Laguna-based company decided to make some changes in the way it does things.

“Previously, we only plan for the incoming year, what projects we will build or will complete. This time we decided to look further ahead, preparing a 5-year strategic plan, starting to tap the capital market for fund sourcing that would enable us to acquire enough land bank in anticipation of a robust economy,” he said. 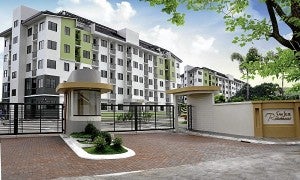 FOR THE NEXT five years, expect PAAPDC to build more homes that target the vast and economically crucial middle-income group. Photo by Charles E. Buban

He is proud to announce that his company has already provided an estimated 14,000 housing units and 14 5-story condominium buildings.

Lu said: “We are proud of this achievement considering that these units and houses mostly catered to the middle- to low-income families who play a very vital role in the country’s improving economy. We desperately need more housing not just for the poor, but for this vast and economically crucial group who are the ‘engine’ of Metro Manila as well as Calabarzon.”

According to him, their homebuyers could now look forward to more suitable and more affordable housing developments nearer to urban centers. “In the south, PAAPDC is setting its sights on Cavite and Batangas  and is eyeing projects  in the north like Bulacan and Tarlac,” he said.

Lu explained that the company is no longer concentrating in Laguna as it explores the possibility of expanding elsewhere.

He said: “Batangas, the next closest province after Laguna, is an ideal location, especially with the linkup of the South Luzon Expressway and the Southern Tagalog Arterial Road toll road. The interconnection provides convenience and faster travel for future homebuyers in Batangas. Those in Bulacan, Pampanga or Tarlac have the North Luzon Expressway and the Subic-Clark-Tarlac Expressway to make sure they are just  few hours’ drive from their destinations in Metro Manila or even Calabarzon.”

Lu also shared that PAAPDC is already set to launch its first project in Bulacan next year. He said: “This will be our second project outside the province of Laguna after Bridgepointe Place, a 34-hectare development in San Fernando City, Pampanga. We also see an opportunity in Tarlac as this province is an emerging growth area with all the infrastructure developments being undertaken in the Clark-Subic area.”