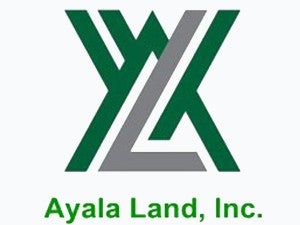 MANILA, Philippines – Property giant Ayala Land Inc. has unveiled a vertical garden-inspired residential development at the heart of Ayala Center in Makati, an upscale condominium project seen to bring in P7 billion worth of additional inventory into the robust local property market.

The 54-storey first tower of Garden Towers, the latest offering of ALI’s high-end brand Ayala Land Premier (ALP), has been selling briskly with a third of 340 available residential units already taken up on day one of its introduction to the market, said ALP head Jose Juan Jugo.

“With its unique garden feature, the newest property – which notched a total sales of P2.1 billion worth of residential units in one day – aims to become the living, breathing space amid the urban dimensions present in this highly-cosmopolitan location,” Jugo said.

Based on a “conservative” estimate, Jugo said ALP may be able to sell all units in Garden Towers first tower in 15-18 months. “But if the market does not change, it could be a lot faster,” he told a press briefing.

ALI is investing around P3 billion to construct Garden Towers tower 1, which will be turned over to buyers in the first quarter of 2019.  The units are priced for as low as P10.3 million for the smallest one-bedroom units to as high as P142.9 million for the limited penthouse units called “sky villas.” The selling price per square meter is about P175,000.

Once a critical mass of units is sold, typically around 80 percent, ALI will be ready to launch the second and last Garden Towers.  “We’re planning the second tower already,” Jugo said.

Jugo explained that this project was a symbol of ALI’s commitment to incorporating greens in its integrated mixed-use hubs across the country. Featuring pockets of greenery or “sky gardens” that will be laid every two floors on the plan, the two-tower development is envisioned to be an enclave for relaxing living space right at the center of a vibrant hub.

“Garden Towers boast of intuitively designed one- to four-bedroom units. Some of these units have sunrooms that are flexible indoor and outdoor spaces with floor to ceiling glass, and two rows of operable glass windows that allow future residents to maximize natural air and light,” said Jugo.

For today’s city dwellers, Jugo said breathing spaces would be necessary for a more relaxed lifestyle. “At the same time, you can’t take away the urban convenience that the city provides them since they are mobile and fast-paced. Hence, the Garden Towers are not just a home that rises from the core of a dynamic lifestyle capital, but a respite that gives them a semblance of escape.”

The main entrance to the towers will feature a green wall drop-off.  A significant portion of the 9,010-square-meter lot area, on the other hand, will be allocated to exclusive gardens.

“This means that half a hectare of the property will be devoted to open space which is rare for Makati real estate,” Uy said, referring to the gardens, pool and other amenities. The development will also offer access to the Palm Promenade, which is touted to become the new gateway to Ayala Center.