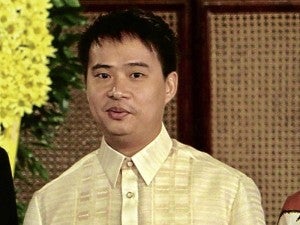 Joel Emmanuel Villanueva, director general of the TESDA, says he wants to lead people to employment, raise their incomes, and eventually make them part of a strong middle class.

He makes manpower training the center of the Aquino administration’s efforts to post giant growth strides.

Secretary Joel Emmanuel Villanueva, director general of the Tesda, says he wants to lead people to employment, raise their incomes, and eventually make them part of a strong middle class.

The challenge is to oversee the evolution of the Filipino worker, from domestic helpers and construction workers, to workers in major services in food and beverage, be shipyard and industrial welders, baristas and other high paying overseas jobs, he states.

“We have performed beyond our targets,” Villanueva adds.

“It is on record and this is backed by hard, undisputable figures. All of these have been done with integrity.”

The Harvard-trained, former three-term representative of the party-list Citizens Battle Against Corruption (Cibac) says a borderless world and a globalized economy offer big opportunities to developing economies such as the Philippines and its skilled manpower.

“You know what a specialist, a Filipino specialist, is capable of doing?  He is ready to move up into the world, if not amaze the world with his skills and language proficiency,” he states.

For embarking on an ambitious and aggressive campaign to sell Filipino skills, this son of a religious leader has been maligned as an “epal,” one who resorts to premature campaigning by claiming credit for community projects financed with taxpayers’ money.

The monicker, however, does not bother him, stressing that he was not running for any elective office in the coming elections.

His “trinity of concerns” are well defined—job, family and country.

He says the tarpaulins and billboards along the major roads on the “Tesda option” have been placed by his friends, not by Tesda funds.

“There is no attempt at self-aggrandizement. There is no epal component to the billboards. There was even no public declaration of running for the Senate,” he cites, denying that his poor showing in the survey polling results was what prompted him to back out of the 2013 senatorial race.

Villanueva is proud of his metrics and what the Tesda has accomplished in two years.

Despite the multiple functions that makes the Tesda confused as to what Cabinet cluster it belongs, he says the agency is firm on its mandate of training and certification.

The training is done by 125 centers  directly under Tesda and 4,500 “partner institutions“ from both the private and public sectors while the certification is done after the assessment of skills, based on upgraded, if not sophisticated  parameters.

In 2011, roughly one million Tesda male and female enrollees were trained and  510,000 were certified. 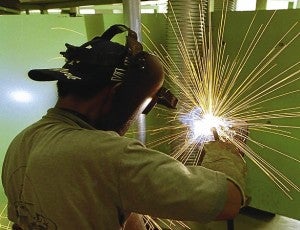 Trainees’ employment rate within the Tesda system was 60.8 percent.

The 510,000 certified enrollees met the rigid Tesda assessment while 90,000 failed, for an 85 percent certification rate.

He says before President Aquino’s term ends in 2016, the Tesda would have trained a critical mass equipped with skills that perfectly fit the needs of a 21st century job market.

The training for the Business Process Outsourcing  (BPO) sector, one of the bright spots in the economy, has also been added to the growing mandates of Tesda.

Based on the roadmap of the BPO sector, industry earnings by 2016 would reach $26 billion, a figure that will surpass the dollar remittances of Overseas Filipino Workers.

Villanueva says the P500-million infusion is now undergirding a success story: The employment rate of those under the Tesda-supervised BPO training  program, now focused on contact center manpower needs, has already reached 80 percent.

He adds there is a steady migration of BPO jobs into the country, despite calls  from leaders from across the Atlantic to rein in the offshoring of jobs.

Villanueva says the country’s strong standing as the go-to country for BPO voice jobs and among global providers of hard-core business processing work  is slowly pushing the country to redefine its training paradigms, he adds.

“We have to step up training in the BPO sector. From our contact center agents to our hard-core technology providers, there is no doubt that they can be the global leaders,” he says.

He spoke of inspiring stories of Tesda successful trainees which he would love telling the President about, like a young man from the Mangyan tribe earning big bucks for his family;  An F & B (food and beverage ) worker in Australia earning the equivalent of P250,000 a month; and butchers and welders now working in Canada.

“If I am out of a cabinet job today, I can apply for a barista job, which I took and passed,” jokes Villanueva.

His youth and his long-involvement in the  anti-Arroyo efforts have made him creative, flexible and  dynamic—always open to new ideas on how to train Filipinos.

He says that recently, Genesis Transport Services Inc. donated two buses for the rolling training centers, with one already fully equipped and operational. The other one will be deployed soon.

“On communities that are starving for training, the former Genesis bus is literally  offering fresh beginnings. The skill sets that can be availed of vary, from cell phone repair to computer repair, from housekeeping to skills needed at salons and parlors. These are relevant skills— and skills which people agreeing to work as a collective can turn into a business enterprise,” he says.

Villanueva adds his priority is to make skills training and manpower development march and step with 21st century realities, given the mobility of the global work force.

“The freedom to move from one country to another to work and get adequate compensation for your skills is one of the greatest blessings of the current generation of Filipino workers,” Villanueva says.

“The changed paradigms have worked perfectly well for us and have made the skilled and energetic  Filipino worker a true global citizen,” he adds.