9 reasons why Porsche 991 is the leading sports car model 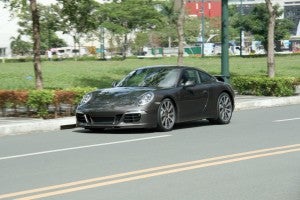 THE 911 is impeccably solid, like a nuclear fallout shelter built to withstand Armageddon.

The Porsche 911 remains to be the world’s most iconic sports car. It’s already 49 years old (unveiled at the 1963 Frankfurt Auto Show). Called Neunelfer by die-hard, old-school enthusiasts, its classic silhouette is one recognized universally.

On a very personal note, it’s also my favorite sports car, having driven various generations and variants of it extensively, in different countries with varying conditions across the globe. It’s truly one of those cars that can grow with your skill level. That its creator and I share a very similar name (Butzi and Botchi is close enough) does truly help. Here’s why it’s so good:

1.) The Driving Experience. Any 911 is an elementary lesson in physics: You can really feel the weight move around all four corners of the car, allowing you to lean on it,  press on harder, and, with modern electronics, spit at Newton’s face (up to a point of course).

2.) The Sound. All sports cars are sensual beasts, and after sight or shape, the sound from a sports car is something that should be pure, honest and very mechanical. The Hans Mezger- 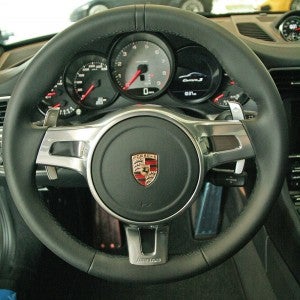 developed air-cooled six, stretching back to 1963, has been replaced with a new-generation, direct injection water-cooled 24-valve flat six with direct fuel injection to comply with environmental regulations, but the sound of passion is still very much alive. A flat-plane crank V8 might sound angrier and more immediate and a V12 might sound more silken smooth, but a flat six, with its off-beat burble, is truly unique. Both induction and exhaust noise are symphonic.

3.) The Brakes. Everyone talks about how fast their cars can go, but nobody ever dares demonstrate how quickly their cars can stop. At Porsche’s secret Weissach test facility, I was privy to this: riding shotgun, a test driver let go of the steering wheel and stood on the brakes from over 200 kph and the 911 tracked arrow straight and stopped on a dime. The rear-engined layout helps the 911’s braking ability, with as much as 40 percent of the braking effort done at the rear. Conventional front and mid-engined cars can only manage between 20-30 percent rear braking effort. With Carbon-Ceramic brakes, it can stop the Earth’s rotation. Probably.

THE POWER carries brilliantly all the way to the redline.

4.) The Cockpit. Everything is driver-focused, simple and perfect. The trademark 911 5-round binnacles display everything you need at a moment’s glance: speed, revs, fuel level, oil and water temps, and oil pressure. Modern 911s have various electronics and driver’s aids, but none of them detract from a sense of purity of purpose, which is driving. No gimmicks here.

5.) The Steering. Admittedly, a typical 911 sports car doesn’t have super-sensitive steering, much like a rally-rep Evo or STI, or Nissan’s techno-fest GTR that feels like you’ll spin out when you sneeze. The 911’s steering feels steady, solid, secure and confident with the right amount of feel and feedback. But not excitable, like a bloodhound on the prowl. There’s a reason for that. Get in, boot the throttle, nudge close to 300 kph and the 911’s steering feels absolutely perfect even when weaving through traffic. Confidence-inspiring, concretized.

6.) The Engine. More on the flat-six, the mid-range is truly impressive. The power carries brilliantly all the way to the redline, gives off the right sound and the right type of vibrations. It feels alive, as if with a mind of its own. Its sole mission in life is to scream down the highway at triple the speed limit, or down the race track to clock the fastest lap. But it never feels harsh, and is as dependable as death and taxes. And is surprisingly fuel-efficient too. In a 997 GT3 model that I had for a few months, I achieved a best of 7.2 km/liter. The DFI engines of the 991 should provide even more flexibility, responsiveness, better efficiency and greener emissions. Have your cake, and eat it too. 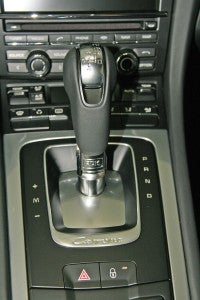 VERY FEW sports cars can be used every day.

7.) The Shape. Yes, critics will say a 911 designer has the easiest job in the world, and you can’t sometimes tell which is front or back. But that’s largely why the 911 remains ever so popular: People love the shape. The fast-back rear, the pontoon-like front fenders with the hood acting as the cleavage, the wide, coke-bottle shaped rear fenders, the 911 is like a sexy lady. And the 991’s guise (very large 20-inch wheels, LED driving lights and tail lights, careful bits of chrome trim, and more prominent badging at the back), which is modernized for the 21st century, allows it to look forever young, vibrant and hugely attractive—even for kids. Gangnam-style comes to mind.

8.) The Useability/Flexibility. Very few sports and supercars can truly be used every day. But the 911 is indeed one of the few, and arguably the first to offer such a high level of ease and practicality. In the past, I’ve used 996s and 997s every day for months. Fuel economy was acceptable, ease of entry exit decent, reliability is unquestioned, and ride quality perfectly acceptable even for our pock-marked roads. Just don’t get the optional carbon-fiber bucket seats. The 991’s longer wheelbase makes for an even more comfortable and refined normal daily driving experience. 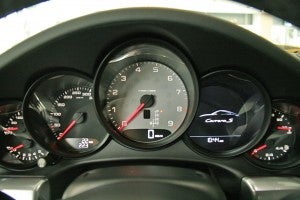 THE TRADEMARK 911 5-round binnacles

GT racing. Porsche has won numerous victories in Le Mans, the 24 Hours of the Nurburgring, the 24 Hours of Spa. Various club racing and national level motorsports activities in circuit racing, slalom/gymkhana and even rally. You name it, Porsche, particularly the 911, has won it.

There’s one last thing really that makes the 911 truly number one: the build quality. It is impeccably solid, like a nuclear fallout shelter built to withstand Armageddon. No wonder you see so many old 911s still being driven around very hard, the way God and Ferdinand Butzi Porsche intended it to be driven.