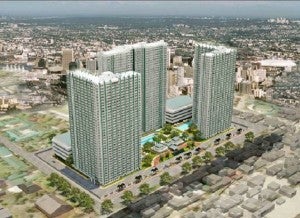 MANILA, Philippines–SM Development Corp. has reported a 97-percent take-up of residential units under its Grass Residences project in Quezon City alongside the rise of property values in the 6,000-unit project.

In a press statement on Monday, the Henry Sy-led property firm reported that from an average selling price at launch of P50,000 per square meter for Grass Residences in 2007, the value per square meter now ranges between P90,000 and P115,000.

The 97-percent sales take-up was reported by SMDC as of end-October this year.

After its launch in 2007, Tower One of Grass Residences has been completed while Towers 2 and 3 are currently under construction and are slated for completion in 2013 and 2014.