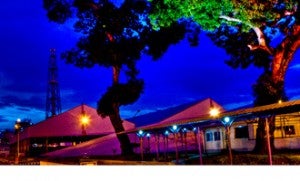 In an interview, Energy Undersecretary Josefina Patricia M. Asirit confirmed that as of 8:58 a.m. last Saturday, the 105-MW unit 2 of the coal plant was “synchronized” with the Mindanao grid. Repair work on the first 105-MW unit was completed last November 4.

Based on the power outlook of the National Grid Corp. of the Philippines last Saturday, the supply deficit should be cut to 98 MW. When Steag’s coal-run units were shut down last month for repair work, Mindanao suffered a power shortfall of 200 megawatts.

Steag’s power plant is considered to be one of the critical facilities in Mindanao. It was able to expand the island’s electricity generation mix when the plant started operations in November 2006. Thus far, it has contributed much to the stability of the grid.

The power plant is also considered to be the most modern and the biggest in Mindanao on a per-unit capacity. It has delivered more than 8.3 billion kilowatt hours of electricity, representing about 20 percent of Mindanao’s total power supply.

But Mindanao continues to suffer from rotating brownouts, this time due to the 255-MW Pulangi hydropower plant, which has been operating at less than half of its installed capacity, Asirit said.

The lack of water has hampered the ability of the hydropower facility to operate at optimum levels, despite the completion of the rehabilitation work early this year, Asirit explained.

This was the first time that the Pulangi hydropower plant underwent major repair works since it started operating in 1986. The rehabilitation project had been in Napocor’s work program as early as last year, when major defects were first noticed. The government firm said that it could not afford to postpone the rehabilitation because the costs would go up the longer it delayed the work.—Amy R. Remo