Whatever happened to the Decade of Action for Road Safety? | Inquirer Business
Close
menu
search

Whatever happened to the Decade of Action for Road Safety? 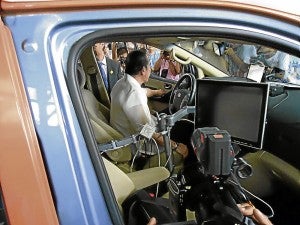 After the Philippine launching of the United Nations Decade of Action for Road Safety 2011-2020 last May 11, nothing more has been heard about it. Maybe it’s just another crusade whose over-ambitious projects cannot or will not be implemented?

Not really, according to an update from the Philippine Global Road Safety Partnership (PGRSP), the multisectoral group involved in the Decade that is headed by the Automobile Association Philippines. AAP president Gus Lagman and AAP Road Safety Committee chairman Johnny Angeles have met with Oleg Tonkonojenkov, the Transport Specialist of the Asian Development Bank (ADB), regarding the mandatory installation of the pedestrian protection sideguard and rear underrun protection device on trucks and container semi-trailers.

The latter device will prevent the front part of a motor vehicle following behind the truck from plunging under the rear part of the truck in case of a rear-end collision. This kind of accident resulting in fatalities and/or serious injuries usually happens when a truck is stalled or parked on the road at night without a reflectorized or lighted early warning device. The pedestrian protection sideguard, which should be securely mounted so that it does not become loose due to vibrations and road shocks, is prescribed by a Ministry of Transport dated 1979 but has not yet been fully implemented.

The Land Transportation Office has held a preliminary meeting about the rear underrun protection device on trucks. The approval of the incumbent LTO chief is needed before the Department of Trade and Industry can set standards and convene public hearings for all stakeholders, after which the implementation thereof must be approved by the Transportation and Communications (DoTC) secretary.

Meanwhile, last Friday representatives of AAP and the Shell Foundation visited the 42-hectare Shell property in Pililla, Rizal, which used to be a refinery site. The Shell Foundation plans to build a Shell Driving Academy there to educate public utility vehicle and truck drivers on road safety and safe driving habits.

On the last weekend of this month, a road safety flashcards workshop will be held at the Honda Philippines facility in Batangas with around 30 teachers, including principals, from selected public schools in Santo Tomas and Tanauan in Batangas and Sta. Rosa in Laguna. The flashcards show traffic rules and road signs with the end in view of teaching schoolchildren how to be safe road users. 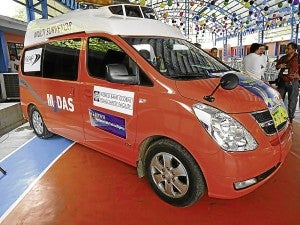 But the biggest road safety news yet is that iRAP [International Road Assessment Program] has completed its survey of about 3,000 kilometers of high-risk Philippine roads. iRAP is a registered charity dedicated to improving high-risk roads where pedestrians, motorcyclists, car occupants and bicyclists are killed and injured with brutal regularity. iRAP helps create safer road infrastructure by inspecting high-risk roads and developing Targeted Road Safety Plans. iRAP provides training, technology and support that will build and sustain national, regional and local capability, then tracks road safety performance so that funding agencies (the World Bank, FIA Foundation and ADB, among others) can assess the benefits of their investments. iRAP has helped survey hundreds of thousands of kilometers of roads across 60 countries.

In the Philippines the AAP, as the country’s FIA [Federation Internationale de l’Automobile] club, endorsed iRAP to the Department of Public Works and Highways (DPWH) and the DoTC. The road survey phase of iRAP Philippines was launched on May 17 at the notoriously dangerous Commonwealth Avenue in Quezon City. Aside from the DPWH, DoTC and AAP, iRAP Philippines has coordinated inputs from the LTO, Metropolitan Manila Development Authority, Philippine National Police, University of the Philippines National Center for Transport Studies and the civil society organization Road Watch (Bantay Silangan). When President Aquino visited the DPWH headquarters recently, he learned how the iRAP Philippines project was progressing and saw first-hand how the specially equipped Hyundai survey vehicle nicknamed “Midas” collects data.

This week, from Monday July 25 to Friday July 29, the iRAP team is conducting an encoders’ training course at the DPWH that will teach them how to encode the survey results. All these activities show that the Philippine program for the Decade of Action for Road Safety is being implemented after all.

Read Next
Philippines prepares for regional economic integration by ’15
EDITORS' PICK
What to expect as Metro Manila starts ‘no vaccination, no ride’ policy on Monday
Metro Manila’s daily COVID-19 growth rate drops to 2% — Octa Research
Over 3 Million worth of prizes to be won at Smart Padala’s SENDali Manalo Promo!
SMDC’s Bloom Residences: A master planned community that cares for your health and wellness
COVID-19 cases in PH pass 3.2 million mark with 37,154 new cases — DOH
Upsilon, Unilever give ‘real talk’ on climate change crisis
MOST READ
IATF protocols now apply to travelers who arrived on or before Jan. 13
‘Not my loss’: Did Kris Aquino just comment on her breakup with Mel Sarmiento?
Thailand records first Omicron death
Tito, Vic and Joey still not quitting, breaking trends as they celebrate 50th year in the biz
Don't miss out on the latest news and information.