Country’s first mine town should have been richest in PH 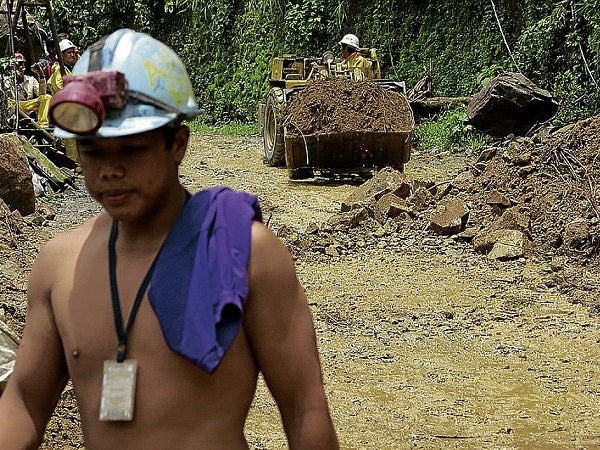 BAGUIO CITY—The Benguet town of Itogon will not strike most people as the richest in the country. Its paved, narrow roads lead to a quiet town center that is bereft of establishments and modern buildings expected from a wealthy community.

But Itogon Mayor Oscar Camantiles calls his home the “Golden Town,” given its legacy as a mining enclave that had obsessed Spanish and American colonizers. 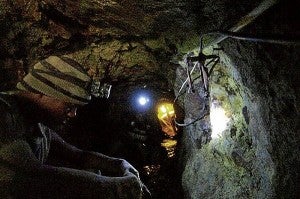 The late historian William Henry Scott opens his book, “The Discovery of the Igorots,” with this detail: “Igorot gold fields [were] regularly referred to in 16th century accounts as the wealthiest in the archipelago.”

At the start of the 20th century, Itogon became the birthplace of the  mining industry. The very first mining firm, Benguet Corp., was established in Itogon in 1903 by Nelson Peterson and Harry Clyde under the name, Benguet Consolidated Mining Co. (BCMC). It was followed by mines that made up the industry’s pioneer companies.

Baguio City has credited much of its growth to these mining enterprises, but Camantiles says Itogon alone can claim another title, as the “land of golden opportunities.”

Camantiles says the town remains the base of Benguet Corp.’s Antamok gold operations, the Itogon Suyoc Resources Inc. which recently partnered with IndoPhil, and the Atok Big Wedge Mining Co. 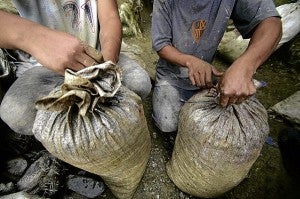 SMALL scale miners have been part of Itogon’s history even before the colonial governments of Spain and America sent expeditions to find the legendary Igorot gold horde. PHOTO BY EV ESPIRITU/INQUIRER NORTHERN LUZON

Philex Mining Corporation’s Padcal mine, which straddles Itogon and neighboring Tuba town, was the only mine to thrive during the mining slowdown in the 1990s.

Recently, however, the Itogon government has taken an aggressive stance towards its benefactors.

Town officials have been sending out collection notices to the mining firms for back taxes or to secure new revenues dictated by Itogon’s latest tax ordinance.

Gold and copper giant Philex, whose tailings dam accident on Aug. 1 has cost the company more than P1 billion in fines and damage compensations, also owes Itogon P1.6 billion in back taxes and penalties dating back to 1992.

This is because of a municipal mine tax (computed as two percent of the gross earnings of a mine operation) imposed by the Itogon tax code, Camantiles says.

Philex officials are contesting the local mine tax, describing it as double taxation in lieu of the excise taxes it already pays, says lawyer Eduardo Aratas, Philex legal officer in its Padcal operations. 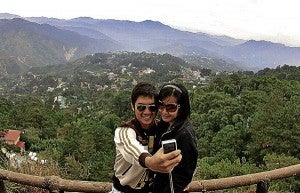 Camantiles says his administration has been described as anti-mining for going after the mining firms, but he prefers the description “pragmatic.”

“Inevitably, minerals will be depleted,” he says.

Itogon, he says, must prepare for a future without mining or confront an economic nosedive.

Unlike other mining zones in the country, some of Itogon’s pioneer mining firms have reached the end of their lifespans. Padcal, for example, was due for decommissioning in 2011 until a profitable world metals trade extended its life until 2020.

Camantiles says the local government has been asking the mines to fulfill their obligations “so the new revenues can help us build a future in real estate development, tourism and farming.”

In a 2010 report, the Mines and Geosciences Bureau said mining’s economic contribution to the Cordillera amounted to P196.5 million in excise taxes and P513.02 million in national and local taxes, for mineral production in 2009 that was valued at P10.4 billion.

Itogon operates with a 2012 spending plan of P150 million, and Camantiles believes the town can raise that budget to P200 million by 2013 now that it has improved its mine tax system.

He says more than a century of mining affected farming in Itogon as a major trade, but three villages could be turned into the town’s commercial vegetable center using mine taxes while promoting its tourism spots.

But gold is still part of Itogon’s economy, Camantiles says.

A unique feature of mining in Itogon is that many of the first American mines own patents to their lands, and not lease arrangements that would revert to the government like other mining ventures, says Lomino Kaniteng, president of the Benguet Federation of Small Scale Miners Inc.

Camantiles says many of the mines will remain part of the landscape even after they end their operations. “I have asked them to provide us with decommissioning plans that will tell us what they plan to do with these lands,” he says.

Benguet Corp., he says, has proposed to build an economic zone for the town. Philex is developing a meat processing facility as part of its decommissioning plan and has developed its brand name, PX.

In his 2010 state of the municipality address, Camaniles said: “Since gold is our One Town One Product (OTOP), we shall enhance and promote it through the establishment and institutionalization of a livelihood project that shall make use of gold as raw material in the production of goods … such as jewelry making.”

He said it would be promoted through a festival, called “Balitok”  (local term for gold), being planned by the town.

ICC case, probe vs Duterte on drug killings are doomed to fail – Palace