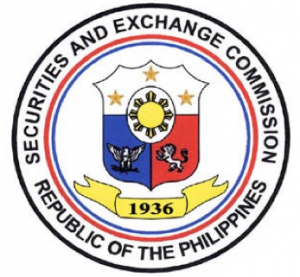 MANILA, Philippines—The Securities and Exchange Commission warned the public on Tuesday not to heed erroneous reports that Aman Futures Group Phils. Inc.—a trading firm tagged in a P244-million “double-your-money” scam in Pagadian City and other parts of the Visayas and Mindanao—has been given fresh clearance to operate.

The SEC said the cease-and-desist order (CDO) dated October 8 issued by the five-member SEC en banc chaired by Teresita Herbosa against Aman Futures has remained in effect to this day, contrary to e-mail and text messages circulating in Pagadian that the SEC had issued a secondary license and given the trading firm a six-month clearance to operate.

The CDO has directed Aman Futures to immediately stop offering unregistered securities, soliciting investments or pooling funds. “Unless restrained,” the SEC said this company would “operate as a fraud on investors or is otherwise likely to cause grade or irreparable injury or prejudice to the investing public.”

Since the CDO remains in effect, the SEC is reminding the public that Aman Futures’  officers, directors, agents, representatives, conduits, assigns, and any and all persons claiming and acting for and in behalf and under their authority are prohibited from soliciting, accepting or receiving from others, money for the purpose of trading in any futures contract.

“The application filed by Aman Investment Opportunities Inc. is still pending with the Commission and undergoing thorough evaluation in view of findings of violations under the Securities Regulation Code, which prompted the Commission to issue the CDO,” the SEC said on Tuesday.

The SEC was referring to the new entity intended to be the successor of Aman Futures.

The public was advised to report to the SEC’s Enforcement and Prosecution Department (tel. 02 5847187) any activity in violation of the CDO.

Based on a report from this SEC unit, Aman Futures allegedly victimized especially low-income investors in Pagadian City and other parts of the Visayas and Mindanao. After the issuance of the CDO, the SEC earlier said it would file a criminal case against the officials of the firm, with the help of witnesses.

Aman Futures is chaired by one Manuel Amalilio, a Filipino of Malaysian descent, who solicited investments or money placements, promising to return the entire sum in the form of post-dated checks plus investment profit raging from 15 to 30 percent to as high as 40 percent. The SEC said “it appears that what lures investors in parting with their money is the promise and corresponding expectation of high returns or profits.”

The SEC acted on complaints from concerned citizens and government agencies about this alleged double-your-money scam. Based on the EPD report, “people are allegedly lining up every day in order to invest their hard-earned money in the hope of receiving the promised return.”

Citing a September 6 conference with Aman Futures, the SEC documents noted that the company’s corporate secretary Isagani Laluna and Lurix Lopez, one of the directors, claimed that Amalilio was a longtime commodity futures trader in Malaysia and Japan.  They said Aman Futures accepted investments or money placements via checks or bank transfers and at the end of a 20- to 30-day period, Aman Futures would put into the investor’s account the principal plus the profit ranging from 15 to 40 percent.

The Aman Futures officials said Aman Futures had a customer agreement with Malaysian brokerage firm Okachi (Malaysia) Sdn. Bhd., which has been engaging in futures trading of commodities such as oil, manganese, palm oil and nickel.

The SEC uncovered four “grave” violations of the Securities Regulation Code by Aman Futures in this case:

* Non-registration as broker or dealer but acting as such;

* Engaging in commodity futures contracts despite a prohibition by the SEC; and

* Engaging in activities that are “off tangent” with the company’s primary purpose as a general trading company.

“Nowhere in the primary purpose of Aman Futures is it stated that the company can engage in the business of soliciting and accepting investments and money placements from the public,” the order said.