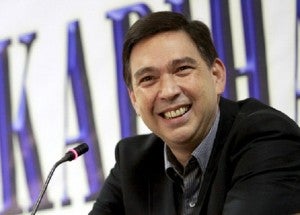 MANILA, Philippines–Did smoke get in his eyes that resulted in a watered-down sin tax reform bill?

In his sponsorship speech, Recto presented what he called a “reasonable, realistic and responsible” rendering of the sin tax bill that aims to generate P15 billion in incremental revenues in the first year compared to the P60 billion targeted by the Department of Finance based on its version.

“We thank Senator Recto for his efforts, but they fall short of what we need,” Purisima said.

“I’m very disappointed with the report. The sin tax bill must be credibly passed, or our universal health care will suffer,” Ona said.

Said Filomeno Sta. Ana of the Action for Economic Reforms: “This is not a Recto report; it’s a Phillip Morris or a Recto Morris report. Recto has declared war, and war we will engage him.”

Recto said that while the original version peddled the promise of P60 billion in incremental earnings for the first year, subsequent “revenue scenarios” drawn up by government tax experts using elasticity tests and average industry growth produced yields way below what was promised.

He said that the committee’s revenue projections were “not plucked out of thin air but were faithfully based on the submissions of the BIR (Bureau of Internal Revenue).”

For beer and other fermented liquor, the current three-tier regime will be collapsed into two tiers using the per liter net retail price cutoff at P50.60 effective March 1, 2013.

The tax on beer brewed and sold in microbreweries will go up by 36 percent from P20.57 to P28 per liter.

The tax rates will be increased every two years.

He said that for cigars, the current two-tiered NRP-based structure would be retained, but the ad valorem rates will be increased starting March 1, 2013.

Recto said that starting March 1, 2015, the restructured system would be reformed so that the net retail price cutoffs shall be P15 and P18 per pack of 20s and the excise tax rates increased. Thus, cigarettes with a net retail price of less than P15 would be taxed at P7.50; those priced between P15 and P18, a tax of P10.50, and those priced (excluding taxes) at more than P18, P14.50.

Excise tax collections from alcohol and tobacco in 2011 reached P50 billion, he said, and that this was expected to be surpassed this year.

“This measure adds P15 billion on the first year. Whatever the final amount that will be plowed back to taxpayers, it will be at a level that will improve the lot of beneficiaries. This bill identifies a raft of recipients who will receive the rebates,” Recto said.

“True to its billing, most are health-related mandates, from PhilHealth premiums for the poor to rural hospitals,” he added.

Recto said there would also be something for tobacco farmers “to ease their transition to other crops.” He said the bill proposes that P1 billion a year be given to provinces producing burley and native tobacco for alternative projects.

For the health sector, Recto said the bill earmarked 50 percent of the total sin tax proceeds to the public health sector, “which amounts to roughly P33 billion, of which 40 percent will go to PhilHealth to benefit at least 10.4-million families.”

“The balance of 10 percent, or P6.5 billion, will be equally distributed among regional hospitals of the Department of Health and district hospitals run by LGUs (local government units),” Recto said.