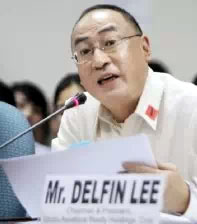 MANILA, Philippines—The Court of Appeals has dismissed the syndicated estafa case against one of those charged in the questionable P6-billion loan given by the Home Development Mutual Fund (HDMC/Pag-IBIG) to alleged ghost buyers of real estate firm Globe Asiatique.

In a 34-page decision dated Oct. 5, 2012, the appeals court’s Special 10th Division dismissed the case against Cristina Sagun, former head of Globe Asiatique documentation department, since her duty was simply ministerial. The decision was penned by Associate Justice Angelita Gacutan and concurred in by Associate Justices Mariflor Punzalan-Castillo and Francisco Acosta.

Sagun’s duty is confined to collating and checking if documents of borrowers are duly accomplished and verifying from HDMC/Pag-IBIG if the borrowers were indeed members or if they had no existing housing loans.

On allegations of negligence, the appeals court said the Department of Justice “has not demonstrated how petitioner could have been privy to the creation of the so-called ‘special buyers’ such that she was conscious all along that she was committing a serious non-bailable crime as syndicated estafa.”

“There is no evidence that she knew of the common design to defraud HDMF except that she happened to be an employee of Globe Asiatique, which was the one which entered into a contract with HDMF as a corporate entity and made the warranties thereof,” the appeals court said.

“We are unable to agree with the findings of the DOJ that the petitioner conspired with the other accused to commit the crime of syndicated estafa in this case,” the appeals court stated.

Aside from Sagun and Globe Asiatique owner Delfin Lee, the defendants include Dexter Lee, executive vice president; Cristina Salagan, head of GA accounting/finance department; and lawyer Alex Alvarez, manager of the foreclosure department of the Pag-IBIG Fund. Their case is now pending before the Pampanga Regional Trial Court.

The appeals court, however, clarified that the dismissal of Sagun’s case will not affect the case against the four other accused.