Omani delegation in Manila to ‘revive business ties’ with PH 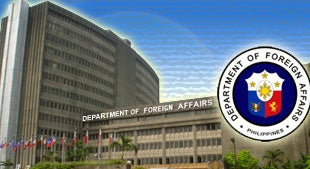 MANILA, Philippines—The Department of Foreign Affairs (DFA) on Tuesday announced that a business delegation from the Sultanate of Oman was in Manila to discuss improving business ties between Oman and the Philippines, a move which it described as a first in more than 30 years of the two countries’ diplomatic relations.

It said that prior to the delegation’s departure to Manila, Philippine Ambassador to Oman Joselito Jimeno called on Al Khonji to express the Philippine government’s support and appreciation for the visit.

“During the call, Chairman Al Khonji expressed hope that his visit would revitalize business relations between Philippines and Oman,” it said.

It added that the country’s Board of Investments (BOI) would also be conducting a special briefing for the delegation, in which it would be expected to discuss trade and investment opportunities in the country.

A memorandum of understanding between the OCCI and PCCI in the said business conference was also expected to be signed by AL Khonji, it said. The agreement would pave the way for regular exchanges between business delegations of both countries.

Vice President Jejomar Binay, who served as key speaker during the event, noted the agreement as a promising synergy, and urged other business delegates in the conference to examine and pursue such agreements as “instruments for cementing mutually beneficial economic ties.”

Aside from the representatives from Oman, delegates from Russia, Turkey, Myanmar, Sri Lanka, and Iraq attended the conference and showed their interest in investing in various sectors in the country.

Binay, in his speech, attributed the Philippines’ economic growth to the present administration’s political reforms, and told the delegates that the country’s “focused and uncompromising multi-stakeholder approach” in tackling difficult issues “is our bond with countries who seek to be our partners in economic development.”

“The Aquino administration has done much to plot a socially equitable course of governance, and the strong multi-stakeholder approach that typifies its work ensures that the country stays on an even keel,” Binay said.

He added that the political will exerted by President Benigno Aquino III’s leadership had efficiently addressed issues such as corruption, human-rights abuses, and electoral fraud.

“Here today, it is my distinct honor and pride to say that the Philippines is a sound investment destination and it is my hope that our businessmen and yours can gorge strong prosperous ties in the coming days,” he said.

Binay, also chairman of the Housing and Urban Development Coordinating Council, revealed in his speech that the World Bank and the housing sector were already formulating the National Informal Settlements Upgrading Strategy, which he said would be used to create a comprehensive shelter plan for informal settler families, and would give them access to basic social services and livelihood opportunities at resettlement areas.