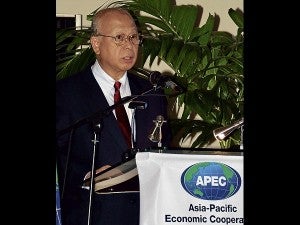 Change is in the air. There is a movement all over the world vigilantly working to bring balance to the systematic muddle that has been plaguing the planet, and a dramatic rise to the number of businesses incorporating social responsibility and voluntary commitment to environment-friendly corporate governance.

However, triple bottom line is still a wonderful theory to some. SME Banking is no different. Bankers still shy away from the responsibility and the cost especially in a highly competitive market and unstable economy. Understandably, maximizing profits come first. The question still remains: Can a privately owned bank contribute to solving social problems such as poverty and still remain profitable?

In December 2005, a study presented at the Global Conference on Poverty at the Harvard Business School in Boston, cited three privately owned development banks in Asia, the United States, and Europe, for successfully pursuing double bottom line banking. One of the banks came from the Philippines.

Plantersbank was cited for its single-minded focus on small and medium enterprises or SMEs.

The recently concluded 9th Asia Pacific Economic Cooperation (Apec) Financial Institutions Dealing with Small and Medium Enterprise (SME) Meeting and Conference was the first of its kind to be hosted in the country.

Plantersbank, being the sole representative from the Philippines played host to the forum, and presented their transition to a triple bottom line institution. Plantersbank also shared a few lessons from their experience working with the small and medium (SME) sector in the Philippines.

Making money cannot be the sole purpose of a business. To do so means certain death to the enterprise. Weaving social purpose with their goals in business, Plantersbank’s double bottom line banking position of blending business objectives with an equal concern for social development not only benefits their shareholders, but spreads opportunities to the rest by creating a positive impact in the community where their clients base their operations.

“We found our special niche and decided to commit to it. We chose to stay as a development bank focusing on SMEs, and vowed that no matter how big our bank became, we would always stay committed to support the small Filipino entrepreneur,” says Plantersbank chair, Jesus P. Tambunting.

Plantersbank’s history is deeply connected to their chair. In 1972, he was a senior executive in one of the country’s largest commercial banks when he decided to strike out on his own and buy a small development bank in Bulacan. They catered to the small entrepreneurs in the countryside who were denied access to the right credit opportunities.

“Most of them were borrowing for the first time. We had to educate them on the proper use of credit,” explains Tambunting.

Seeing the impact their services were making on their SME clients and the local community became a defining moment for him.

“We knew that our decision was not an easy one.  Then as now, the challenges in catering to SMEs were formidable.  Many banks stayed away from SME finance because they considered it more costly, risky and difficult,” he says.

Soon enough, Tambunting and his board witnessed the steady business growth of their clients, putting up more shops, acquiring additional equipment, hiring more people, and the improved quality of life around the community.

“Dealing with the small entrepreneurs opened my eyes to the wonderful realization that we were making an impact where it counted the most—with the marginalized sector and small and medium enterprises in the countryside.  And it felt good,” he says.

Sincerity in the banking industry is hard to come by. “We recognized that our market of choice not only faced economic risks. Environment has significant impact on SMEs,” says Tambunting.

The bank’s board of directors made the decision to include the greening of Planters Development Bank and the greening of the SME sector as a part of their Five Year Plan. They defined their framework for a triple bottom line that harks back to their countryside roots. Plantersbank is in it for the long haul.

“The original blueprint for engineering the proliferation of SMEs is enriched by our advocacy to bring the green movement from the sphere of alternative lifestyle into the mainstream of business and urban living. We see ourselves playing the lead role in leapfrogging the SME sector in this country to go green,” says Tambunting.

Last October, the bank was the country’s representative in the European Union-supported SWITCH Asia Networking Meeting held in Jakarta, Indonesia which resulted in a partnership with the Green Philippine Islands of Sustainability.

Plantersbank, their affiliates, and their SME clients, are engaged in the certification process and technical assistance program to become showcases of environmental responsibility. It is a step towards the development of green facilities and services, to finance environment friendly production, energy efficiency, green design and technology, green supply chains, and sustainable business practices for SMEs.

Destiny of a bank

“The times demand a redefinition of business success,” says chair Tambunting. In nature, a species’ ability to adapt and evolve to its conditions ensures its survival. Plantersbank adopts the same principle by sustaining their support for SMEs and promoting a triple bottom line banking system. Their call to action, “People, Planet, Profit,” demonstrates why they take the lead in SME Banking.

“SMEs contribute a quarter of Gross National Product and provide jobs to half of the labor force.  They are a lead sector in stimulating economic growth and fighting poverty, particularly in the countryside,” he says.

Responsibility or “response-ability” is the ability to respond correctly when the circumstances call for it. The bank admits that they face great odds in these critical times, but is committed to take the right path. To stay ahead in SME Banking is to rise up to the challenge and take charge of one’s destiny in the industry. Practicing a triple bottom line culture is the first step to reaching a solution to this global predicament