War of the (pizza) worlds 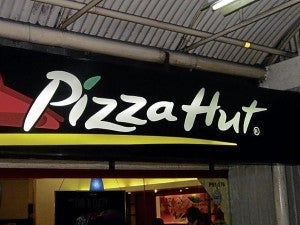 Care for a pizza, solo or family size? Hmm, mere mention of that five-letter word—pizza—makes me want to sashay over to the nearest mall or casual/fine dine-in restaurant. Originating from Italy, pizza pies have become a national dish, thanks to the power of advertising, marketing acumen, product endorsement, and what-have-you.

Enterprising entrepreneurs have also come up with native pizza pies.

What five-star hotel or tony restaurant does not have pizza in its cuisine?

At Café Havana, for example (Glorietta 3, Makati City), where the friends of my aunt Carmen Guerrero Nakpil gather to discuss political and cultural events, praise or badmouth prominent personalities, you can have your choice of half a dozen, filling pizzas with a distinct Cuban flavor (and with the face of Argentine adventurist Che Guevarra staring at you).

The product is ideal for snacks or a full meal, washed down with a cool drink, mug of beer or a glass of wine. 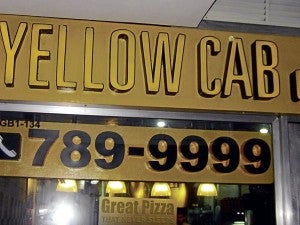 Market share is hard to determine, for one company may say one thing, and another company something else. Greenwich, for one, claims it is leader of the pack. “There seems to be no authoritative site (online) on the pizza industry,” observes one source.

Aggressive marketing and the number of ads may be a gauge. You see or hear these over  the radio, TV and the print media, flyers, and even announcements in the LRT-MRT trains.

The number of diners who fill up a branch is another factor. At the ground-floor Shakey’s in SM Megamall, for instance, it is always standing-room-only during busy Sunday afternoons. But it may not be so in other outlets.

The first Shakey’s Pizza Parlor opened in Sacramento, California, in 1954. One of the founders was Sherwood Johnson, nicknamed “Shakey” because of nerve damage due to malaria during World War II. Shakey’s (“we serve fun, also pizza”) arrived in Metro Manila by 1975 and, its online PR claims, “there are now more branches in the Philippines (then under San Miguel Corp.) than in the United States.”

Pizza Hut came after Shakey’s and its oldest operating branch is in Manhattan, Kansas, near Kansas State University. It is a casual dine-in restaurant with popular small stands which sell two pieces of a pizza pie for P55.

The company has been known for its celebrity endorsers like the former Soviet Premier Mikhail Gorbachev, tycoon Donald Trump and ex-wife Ivana, Ringgo Starr and, more recently, Queen Latifah.

Sbarro was started by an Italian couple who migrated from Naples to the US and expanded through the years, becoming the fifth largest pizza chain in the US. By April last year, however, it had accumulated a debt of $486.6 million (as against assets of $471M) and was forced to declare bankruptcy.

By November 2011, the company recovered and was granted court approval to emerge from bankruptcy under a plan requiring restructuring and ceding ownership to lenders. Sbarro now has over 1,000 outlets in 44 countries. 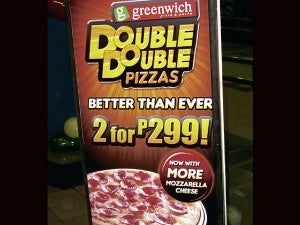 California Pizza Kitchen opened in Beverly Hills in 1985 and now has more than 250 branches in the US and 11 countries.

Another somewhat upscale establishment is Yellow Cab, which serves New York-style pizzas. It grew from one store with 15 employees in 2001 to over 1,500 today, with operations in five countries.

Greenwich started as a “humble” store in Greenhills, San Juan, in 1971. Then in 1994 the Jollibee Corp. bought 80 percent of shares and two years later bought out the remaining shares for P384 million in cash. As of 2005, the company had over 240 branches, with an annual revenue of P4 billion. As of last year, it had over 330 outlets.

Greenwich’s mantra is “We are the Philippines’ favorite pizza chain,” thus cashing in on its being a Filipino product and franchise. “Every year since 1997,” the online report adds, “Greenwich has served more customers than any other pizza chain in the country. And it continues to do so today.”

Truly, the competition is heating up.