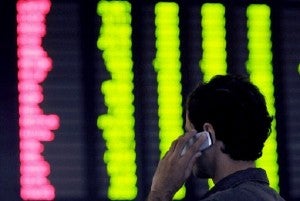 MANILA, Philippines—The National Telecommunications Commission might stop telecommunications companies from taking in new subscribers if their services fail to become satisfactory after the agency’s third quarter performance review due by the end of September.

NTC commissioner Gamaliel Cordoba made the remark before the Senate committee on finance during his agency’s presentation of its almost P260-million budget for 2013.

Cordoba made the remark in the course of explaining what the NTC would do as Globe Telecommunications continues its upgrades that aren’t expected to be completed until the first quarter of 2013.

“Are we saying that you don’t expect any improvement in the quality of the service until the first quarter of next year for Globe?” Sen. Franklin Drilon said while raising the issue of poor network services with the NTC.

Cordoba said the NTC has actually been expecting some improvement as Globe has been working to complete its upgrades area by area.

Drilon, chairman of the Senate panel going through the proposed expenditure programs of the government agencies for next year, asked NTC officials what the agency has been doing in the wake of numerous dropped calls and other service issues suffered by mobile phone subscribers.

“I will be clapping my hands if you are able to do that. To be honest with you, I am very pessimistic whether you can impose that rule on this telecommunication companies because service sucks as the young would call it and the consumer suffers,” Drilon said.

“And the consumers look at you as the regulatory agency and in my view there appears to be no regulation at all for the benefit of the public given the kind of service we are getting from these companies,” he added.

Drilon raised the issue of dropped calls that have become common over the past months.

With such problems, Drilon said subscribers have been shortchanged as they have been paying for inefficient service.

Cordoba told Drilon that the government issued a memorandum circular that would penalize telcos for failing to provide the service they committed to provide to their subscribers.

“It’s not actually a penalty but to ensure service, they may be stopped from getting subscribers until they change their service,” Cordoba said.

Cordoba indicated that the problem of congested networks may be traced to the time Sun Cellular started to offer unlimited calls and text messaging between 2000 and 2004.

“So for a certain amount, for a certain period of time, you can use your load and then, for instance, for one whole day, you pay P25 and you call… no matter how long you use it. So, based on this, Globe and Smart had to try to compete with Digitel at that time,” Cordoba said.

Cordoba said Digitel entered the market late, thus, “its equipment was new and it was more efficient and it was prepared for unlimited, but the networks of Smart and Globe were not ready for that.”

“So what [Smart and Globe] did was to start to upgrade. So actually, right now, Smart has already finished its upgrading and Globe is in the process of upgrading, I think they’re spending $700 million for the upgrade,” Cordoba said.

Cordoba said the public could not afford to just wait for the upgrades to be completed.

“So what we did was conduct a quality of service benchmarking every quarter and we release it to the media and so the consumers can see the service they are getting,” Cordoba said.

Cordoba said that based on Globe’s latest submission, its network upgrades would be finished by the first quarter of 2013.

“But on a per area basis, they’ve already finished some,” Cordoba said.