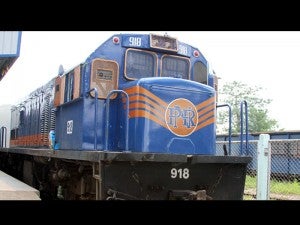 MANILA, Philippines— Interior Secretary Mar Roxas  said the Philippine government will comply with a Chinese demand for repayment of a $500 million loan for a stalled railway.

Roxas said Tuesday he told Chinese Vice Foreign Minister Fu Ying during a meeting in China over the weekend that Manila planned to repay the loan in two years.

It is not clear what happened to the funds or how much was used for the railway.

The railway was to have linked Manila and the former US Clark Air Base, north of Manila, which the government plans to convert into the country’s main airport.

The project stalled after the Supreme Court ruled the contract to build the railway was illegal as it was awarded without competitive bidding.