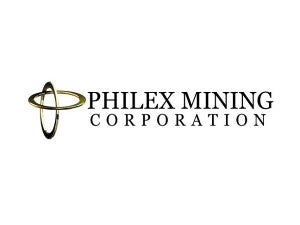 Environment Secretary Ramon Paje said Tuesday the firm might face more fines “double or triple” the P325 million earlier computed for the leaks in one of its tailings ponds because of six additional spills in the facility straddling Itogon and Tuba towns.

Mike Toledo, Philex Mining Corp. senior vice-president for corporate affairs, said in a phone interview that the company was hearing about the ballooning of the fines for the first time.  He said Paje’s statements were premature and a “violation of due process.”

“It’s quite unfortunate that we just found out from the media that DENR will be sending us a document of penalties which they had estimated. For us, it is premature and a violation of due process that it had been announced before we were even informed of their estimates. We will verify the reports and act accordingly.”

On top of the hefty fines, the Department of Environment and Natural Resources (DENR) is also set to impose P200,000-a-day penalty for the spills, starting from when the accident occurred on August 1, as mandated under the Clean Water Act, according to Paje.

This means that the company could end up paying a fine of P975 million (P325 million multiplied by three) plus another P8.4 million (P200,000 times 42 days—and counting).

“We are still computing the penalty. But it is much higher than the P325 million… Now there is a possibility to double or triple the penalty depending on the factors we will use,” he said.

Paje said the computation had to be done “very scientifically.”

“The number of cubic meters of the spill should be multiplied by 1.5 to get the density of the material and convert it to metric tons… then the result is multiplied by P50 per metric ton. That’s our computation,” Paje said.

But he conceded that Philex might still contest the density factor of 1.5 and argue for a 1.3 density. “We had a laboratory test and based on our computation, it is really 1.5. Of course, the company can still somehow contest. But we have scientific basis,” he said.

Due to the leaks, sediments from the facility flow into the Balog River, a tributary of the Agno River, which is the source of water of the San Roque Dam in Pangasinan.

But Paje said, “We can somehow conclude that San Roque has not been affected.”

“The reason is when San Roque was constructed, they put up a dead storage for the silt. That’s a lesson from Pantabangan Dam, whose life was reduced by siltation. The dead storage is a storage for all the silt. If you want to de-silt, it’s deposited in just one corner,” Paje said.

The objective now would be to plug the drain tunnel and stop leakage from tailings pond, he said.

“Originally they tried to plug the tunnel using even a tractor, container vans, and concrete mixers, but somehow, there is still a leak,” Paje said. The company would now like to use quick-setting cement to seal the tunnel, he added.

Toledo, spokesman of Philex Mining, said they would insist on a review of the DENR findings and calculations.

“We have the right to verify and present our position. The discharge was accidental as the rain volume was way above the recorded normal volume in the past,” he said.

The company spokesman also defended Philex’s safety systems and talked about the company’s willingness to comply with the fines but they felt they were denied due process. “We practice responsible mining and we stand by what we have said that whatever obligations must be complied with, we will comply. It is just sad that as Filipino citizens and as taxpayers, we were not accorded due process.”