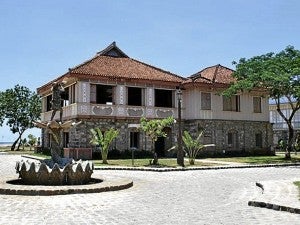 It is one inspiring tale that has the underpinnings of nobility and humble beginnings.

Realty firm New San Jose Builders Inc., much like St. Joseph the carpenter, the patron saint it was named after, began as a construction company that served the needs of the government.

“We started as a construction company in 1982 as a sole proprietorship and it was in 1985 that we became a corporation. During that time, we had the opportunity to work on various government projects,” recalled NSJBI chair Jose L. Acuzar.

As a construction contractor, NSJBI was tasked to develop a number of projects for the National Housing Authority in Bagong Silang, Cavite and in adjoining areas in Caloocan City.

It was in 1998 that the company decided to expand and venture into real estate development. From initially creating projects meant to serve government employees, NSJBI has since diversified, making available and affordable its projects to more hardworking Filipinos.

“We had housing developments and government construction projects. Our first one was in 1988 when we did the 10-hectare Bureau of Internal Revenue housing project in Fairview. After that in 1992, we completed the development of the 107-hectare Katarungan Village 1 and 2 in Muntinlupa City,” Acuzar related.

Eventually, the company decided to fully concentrate on property projects, bringing with it its construction expertise into every project it undertakes. 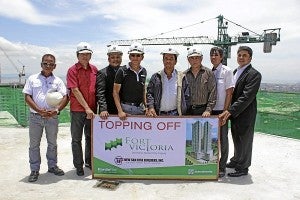 “We concentrated on and moved to property development because we don’t want to waste the opportunity to provide people quality developments but at a much lower cost,” Acuzar said.

“We have that opportunity to lower the cost compared to other developers. We also know that we could provide homes at a much lower cost because we are a contractor developer company which helped us improve our knowledge in construction,” he explained.

Success did not come overnight for NSJBI, according to Acuzar, who stressed that he and his team needed to work hard to gain the recognition and trust of the public. It did not help that the Philippine real estate sector took a dive during the Asian crisis in the ’90s, that even drove some property firms out of business.

“The challenge then was whether or not the people would be willing to invest on our developments and see the value of our projects,” Acuzar noted.

Since NSJBI has its own construction arm, the company had the upper hand in terms of control over quality and speed of construction. Most importantly, it was able to minimize price markups—something that eventually became its armor in carving its name in the local scene.

“We do our own design, planning, construction and sales and marketing and thus, everything is conceptualized, developed, built, finished and sold under the auspices of our company,” Acuzar explained.

Over the past two decades, NSJBI has developed a robust portfolio of projects that included service and recreational facilities, transport infrastructure, sustainable townships and prime residential condominiums. It can now boast of 10 vertical developments and one horizontal project, each of which has its own unique strength to bank on.

“Our projects are comparable and at par with the other high-end projects available in the market. Take for instance Fort Victoria, which is located in the bustling area of Bonifacio Global City and yet we are able to sell it at a really affordable price,” Acuzar claimed. 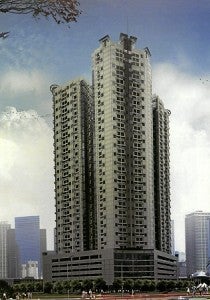 FORT Victoria evokes of style, form and function that is expected of modern city living.

Fort Victoria will rise in the so-called millionaires’ row of the Bonifacio Global City (BGC)—which is near the Makati central business district and other places of interests such as schools, malls, hospitals and offices.

An iconic structure of three adjacent towers, Fort Victoria evokes of style, form and function that is expected of modern city living. Aside from its plush features and amenities for high-rise living, future residents will also enjoy the spectacular and refreshing view of the entire Global City and the Manila Golf.

“We are doing all this to help address the housing backlog. We are going to grow as a company and we look forward to building more townships and creating another landmark,” Acuzar concluded.