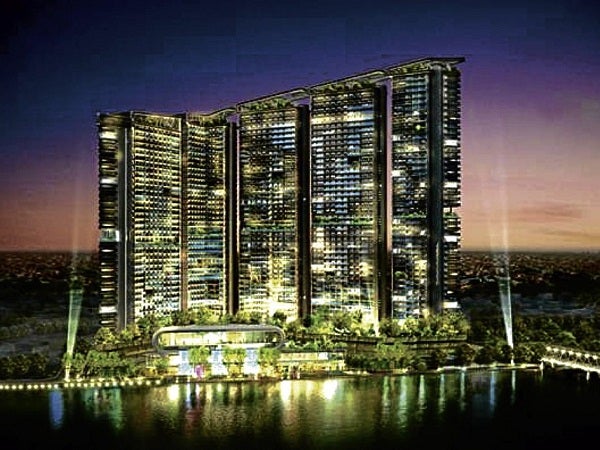 Behind the prestigious brands and affluent personalities quietly lies a proponent of green growth and sustainability.

True: Century Properties Group Inc. has been renowned mostly for its bold partnerships with the likes of Donald Trump, Paris Hilton, Versace S.P.A and MissoniHome. But the gamechanger’s innovations do not only provide a distinct, high-quality lifestyle, but also ensure structurally-strong, meticulously planned, safe and of course, flood-free communities.

And in this sense, perhaps, Century Properties is able to pursue a green lifestyle for its residents. After all, as the Asian Development Bank had put it, going green now is not only about the energy-efficient features of a structure—it also “means building houses in safe areas, investing in drainage and flood barrier infrastructure.” 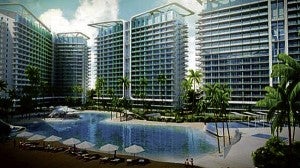 Century Properties co-chief operating officer said: “We’ve made it our mandate to cover all grounds in the aspect of development. Creating beautiful, innovative and strong residences are not our only concern, but also the well-being of our residents and the immediate community in times of distress.”

According to the company, it is putting in place a cluster-wide flood-prevention and mitigation system within Century City along Kalayaan Avenue in Makati City, even if historically no uncontrollable floodwater surges have been recorded or experienced in the site. This system included the installation of sump pumps, which can pump out water into the drainage, within existing structures as well as those that have yet to see construction, added Century Properties chief operating officer John Victor Antonio.

The mitigation scheme is being complemented with the current rehabilitation of the drainage lines found under Salamanca Street and Kalayaan Avenue, which will not only lessen the risk of basement flooding, but will also help regulate the flow of water that may be pumped out into the drainage line.

“Just last month, we helped repair the drainage line at nearby San Miguel Village, where our drainage on Kalayaan Avenue is also connected. This is why we did not experience rising waters at our site during the onslaught of the heavy rains,” Antonio said. 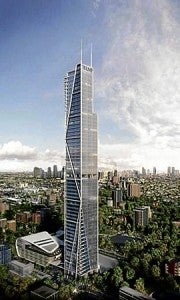 At the Azure Urban Resort Residences in Parañaque City, Century Properties sought the cooperation of the local government unit of Barangay Marcelo Green as well as the city government in the construction of a drainage system that traverses through the company property.

With this drainage in place, future residents of Azure are not the only ones assured of a flood-free path, but also all the motorists and pedestrians who use the West Service Road.

Century Properties pointed out that even as the construction of the Azure is in full swing, the vicinity has not been submerged in water during the onslaught of massive rains. This only proves that the area around the SLEX Bicutan Entry/Exit is a nonflood prone area, given the sufficient drainage systems in place.

Future residents of the waterside development Acqua Private Residences in Mandaluyong can also be assured that the property is safe from flooding.

Century Properties said it has commissioned an extensive flood risk analysis for the site during the project’s planning stages. The location of the site along the Pasig River’s channel makes it less vulnerable to flood since it has open access to the sea.

As an added precaution, Marco Antonio noted that the company is undertaking several site measures to ensure that the property will not be vulnerable to flooding. For instance, the ground floor of all towers, amenity and retail areas were planned with an increased elevation of 1.5 meters.

For its eight-building project in Quezon City dubbed Residences at Commonwealth, Century Properties is not taking any chances despite the fact that the property is sitting on a naturally elevated topography.

The plan, according to Marco Antonio, is to capture surface water runoff within the development through a detention tank. The water can then be pumped out to the nearest storm drain at a regulated flow to avoid pouring water onto the path of its neighbors.

“In light of the calamities that hit the country in the last couple of years and the amount of destruction and disorder they have brought, the weight of our responsibility as conscientious developers increased. But this responsibility is one that has always been expected of us to take. The very goal of urban development is after all to uplift the quality of life of the urban residents,” Antonio concluded.