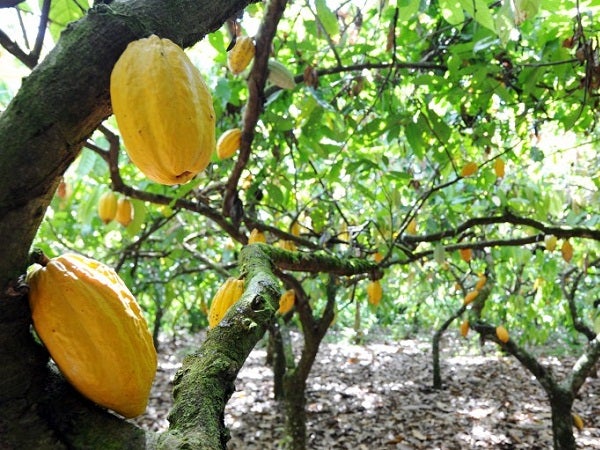 DAVAO CITY, Philippines—Cacao farmers in Mindanao are being urged to increase production as rising demand for the commodity is expected to cause a worldwide shortage of about a million metric tons by the year 2020, according to the head of a local producers’ group here.

He said a United States-based company that buys some of its cacao beans from the Philippines has made a forecast that the demand would be about 25 percent higher than the current global output.

Turtur said the solution was to increase hectarage planted to cacao.

In Southern Mindanao for example, he said, the current output of 7,000 metric tons has to be increased to 100,000 metric tons by 2020 for farmers to benefit from the growing demand.

Currently, only about 20,000 hectares are planted to cacao in the three Davao provinces, Compostela Valley and the city of Davao, he said.

“The Davao region has to plant seven million trees to meet the 2020 target,” he said.

Turtur said the rising global demand for cacao beans could also make the crop the “next big agriculture product to banana.”

By comparison, Indonesian farmers produce three tons of dried coffee beans per hectare while Southern Mindanao farmers manage only one ton per hectare, he said.

Meanwhile, in Cotabato City, officials said plans were also underway to increase coffee production if local farmer are to benefit from the increasing popularity of and global demand for coffee.

Danda Juanday, president of the Metro Cotabato Chamber of Commerce and Industry, said that a coffee summit conference will be held in the city on Sept. 20-22 under the auspices of the Philippine Coffee Board, the Department of Science and Technology, Department of Trade and Industry, and other experts in the coffee industry. With a report Charlie Señase, Inquirer Mindanao