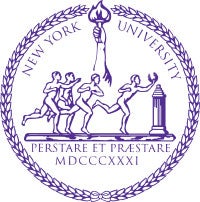 CHICAGO – Giving babies antibiotics before the age of six months could cause them to be chubby children, according to a study published Tuesday.

“Microbes in our intestines may play critical roles in how we absorb calories, and exposure to antibiotics, especially early in life, may kill off healthy bacteria that influence how we absorb nutrients into our bodies, and would otherwise keep us lean.”

The study adds to a growing body of research warning of the potential dangers of antibiotics, especially for children.

Preliminary studies have linked changes in the trillions of microbial cells in our bodies to obesity, inflammatory bowel disease, asthma and other conditions. However, direct causal proof has not yet been found.

This was the first study analyzing the relationship between antibiotic use and body mass starting in infancy.

The researchers evaluated the use of antibiotics among 11,532 children born in Britain’s Avon region in 1991 and 1992 who are participating in a long-term study on their health and development.

They found that children treated with antibiotics in the first five months of their life weighed more for their height than those who were not exposed.

The difference was small between the ages of 10 to 20 months, but by 38 months of age, children exposed to antibiotics had a 22 percent greater likelihood of being overweight.

Timing appeared to matter — children who received antibiotics from the ages of six to 14 months did not have a significantly higher body mass later in childhood, the study revealed.

And although children exposed to antibiotics at 15 to 23 months had slightly higher body mass indices by age seven, there was no significant increase in their likelihood of being overweight or obese.

“For many years now, farmers have known that antibiotics are great at producing heavier cows for market,” co-author Jan Blustein, also of NYU, said in a press release.

“While we need more research to confirm our findings, this carefully conducted study suggests that antibiotics influence weight gain in humans, and especially children too.”

The study was published in the International Journal of Obesity.