Megacities have no other way to go but ‘green’ | Inquirer Business

Megacities have no other way to go but ‘green’ 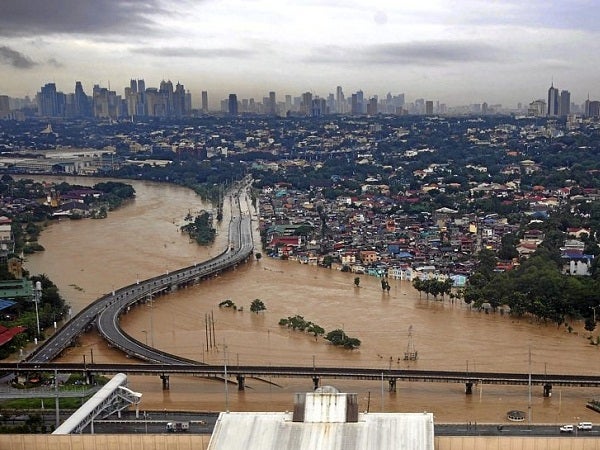 The massive floods that recently devastated parts of Metro Manila and its neighboring provinces will not be the last of its kind.

In fact, a  report released recently by the Asian Development Bank titled “Key Indicators for Asia and the Pacific 2012,” has warned that some 3.7 million of the urban population in the Philippines remained vulnerable to inland flooding, while some 6.8 million people are vulnerable to coastal flooding.

The report likewise cited Quezon City as among the Top 40 Asian Cities at risk to inland flooding, putting in a potential peril some 2.9 million of its residents.

Unfortunately, this vulnerability to flooding is expected to further intensify not only in the Philippines but also in a number of countries in the Asia-Pacific region due to rapid urbanization—millions of people migrating into the cities and further increasing the already high population densities in these areas.

FEATURED STORIES
BUSINESS
BIZ BUZZ: The return of the independent BSP
BUSINESS
The little known crew behind the success of Jollibee
BUSINESS
Villar bets $1B on gaming resort venture

“Asia has seen unprecedented urban population growth but this has been accompanied by immense stress on the environment. The challenge now is to put in place policies which will reverse that trend and facilitate the development of green technology and green urbanization,” ADB chief economist Changyong Rhee said in a statement.

Since the ’80s, Asia has been urbanizing at a faster rate than anywhere else, with the region already home to almost half of all the world’s city dwellers. In just over a decade, it will have 21 of 37 megacities worldwide, and over the next 30 years another 1.1 billion people are expected to join Asia’s already swollen urban ranks, the report said.

The report showed that Manila is also expected to become one of these so-called megacities by 2025. 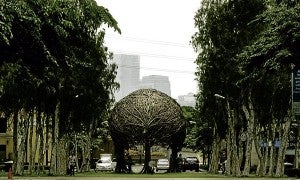 However, this breakneck expansion came at a price: a sharp rise in pollution, slums, rising crime rates and widening economic and social inequalities which are causing rapid environmental degradation.

Particularly disturbing are urban carbon dioxide emissions, which if left unchecked under a business-as-usual scenario, could reach 10.2 metric tons per capita by 2050, a level which would have disastrous consequences for both Asia and the rest of the world.

The Philippines and its neighbors in the Asia-Pacific region must therefore act now to pave the way for green, resource-friendly cities, or otherwise face a “bleak and environmentally degraded future.”

This time, it is no longer enough for the people to implement the concept of “going green” within its own structures alone.

As the ADB had put it, going green now “means building houses in safe areas, investing in drainage and flood barrier infrastructure.”

This premise was similar to some of the 83 recommendations that world-renowned urban planner and architect Felino “Jun” Palafox Jr. had put forward to the national government years ago, when he had sought to make Metro Manila and other cities in the country less vulnerable to disasters.

In his letter to President Aquino in 2010, Palafox stressed the need not only to make the buildings safer, earthquake resistant, flood-proof and fire-proof, but also to improve the roads, open spaces and parks.

Despite the frightening challenges that urbanization poses to governments, there is “hope,” according to the ADB.

“Asia must follow a green urbanization path by instituting policies that help improve efficiency and conservation of resources and promote the use of new technologies and renewable energy,” the report stated.

Many countries have already begun diversifying their energy sources to include renewable energy and have been investing in energy-efficient buildings, like in the Philippines.

Much however, needs to be done, including the development and mainstreaming of new green technologies.

Early examples are waste-to-energy conversion plants, as in the Philippines and Thailand, or “smart” electric grids.

“Green urban policy must be adapted to Asia’s new and unique settlement patterns, which will be driven by more mega and satellite cities. In addition, the green urbanization process must protect the urban poor to ensure that the growth is inclusive and sustainable,” the ADB added.