Oil higher in Asian trade on hopes of stimulus 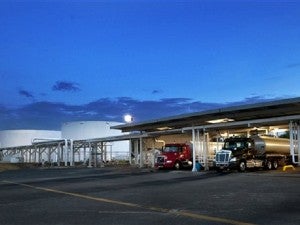 A collision between a US guided-missile destroyer and a Japanese-owned oil tanker near the Strait of Hormuz also rattled nerves among investors concerned over potential supply disruptions on the strategic waterway.

New York’s main contract, light sweet crude for delivery in September, was up 47 cents to $93.34 in the morning, while Brent North Sea crude for September climbed 69 cents to $113.64.

“Potential policy actions in the US, Europe and China may boost economic growth — I’m talking about stimulus measures,” said Victor Shum, an analyst with Purvin and Gertz energy consultants.

There are expectations the European Central Bank will restart its bond-buying scheme to support under-pressure economies such as Spain and Italy.

In the US, investors are expecting Federal Reserve to unveil its own drive to pump cash into the economy, while another batch of poor trade figures from China last week increased the likelihood Beijing will also intervene to kickstart growth.

The Strait of Hormuz connects the oil-rich Gulf to the Indian Ocean and around one fifth of the world’s traded oil passes through it.

Shum said the accident nearby “has raised some concerns about supply disruption” in the waterway.

The Bahrain-based US Fifth Fleet said the collision “was not combat related”.