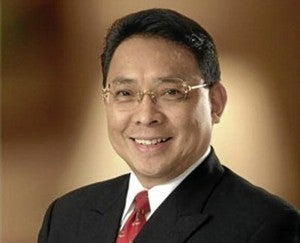 MANILA, Philippines—The Bangko Sentral ng Pilipinas said it was just a matter of time before the Philippines, which boasts of its favorable macroeconomic fundamentals, would start getting a bigger chunk of foreign direct investments going to Southeast Asia.

BSP Deputy Governor Diwa Guinigundo said the international investment community had started to notice the country and its ability to withstand challenges confronting the global economy. This, he said, was expected to eventually translate into much bigger FDI flows into the country.

“(The Philippines) is well ahead in terms of macroeconomic concerns, including growth, inflation, banking, public finance and external payments. It’s just a question of time before we really get a big slice of FDIs,” Guinigundo told the Inquirer.

The optimism is also anchored on expectations that the Philippines will get an investment grade within the short term from any of the major international credit rating agencies.

Guinigundo admitted, however, that the Philippines was still lagging behind other emerging markets in Asia in terms of infrastructure, cost of doing business and investment policies. The administration’s economic managers, however, claimed that problems in these areas were already being addressed.

Guinigundo said the risk appetite of investors globally was poor because of the sluggish growth of the US economy and the debt woes in the Euro zone.

Once the global economic problems were resolved, he said, the Philippines might be a key beneficiary of a potential surge in FDI flows into emerging markets.

In the first quarter, the Philippine economy grew by 6.4 percent from a year ago, registering the second-fastest growth rate in Asia next to China’s 8.1 percent.

The country’s benign inflation is another factor that can attract investments into the Philippines. Inflation averaged 3.1 percent in the first seven months, which is the lower end of the target range of 3 to 5 percent.

Data from the BSP showed that in January to May, the net FDI inflow to the Philippines amounted to $844 million, up by about 10 percent from $766 million in the same period last year. The gross inflow was $949 million.

This pales in comparison with the billions of dollars’ worth of FDIs going to neighboring emerging markets. Indonesia, for instance, got more than $5 billion in the first quarter alone.

Economists said the failure of the Philippines attract more FDIs was due to its problems on infrastructure, cost of power, difficulty in setting up a business and inconsistency investment policies.

Read Next
Globe Telecom increases dividend payout to P8.6B
EDITORS' PICK
Rare earth metals at the heart of China’s rivalry with US, Europe
PNP, PDEA destroy P25.8M worth of marijuana in Kalinga
Kai Sotto continues to inspire Filipinos by sharing his passions and stories with Smart Prepaid
Alex Eala wins Grand Slam on Independence Day: ‘I hope I made my contribution to the country’
G7 rivals China with grand infrastructure plan
Ahead of ONE: Full Blast II, Mongkolpetch warns Elias Mahmoudi: ‘Watch out for my fists’
MOST READ
Chel Diokno, Bro. Eddie, Ate Vi decline 1Sambayan 2022 poll nomination
1Sambayan names 6 choices to pit vs Duterte’s anointed in 2022
Groups slam Duterte ‘surrender’ to China
G7 rivals China with grand infrastructure plan
Don't miss out on the latest news and information.