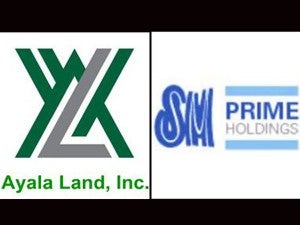 REAL ESTATE DISPUTE SM Prime Holdings is contesting Ayala Land’s claim that it has won the right to develop a 7.7-hectare prime lot in Bacolod City.

Property giants Ayala Land Inc. (ALI) and SM Prime Holdings are locked in a dispute on who has the right to develop the prime property of the provincial government of Negros Occidental in Bacolod City.

In a disclosure to the Philippine Stock Exchange Monday, ALI said it completed last Friday negotiations with the Negros Occidental provincial government for the development of the provincial capitol property.

ALI said it was awarded the right to purchase 3.66 hectares of the property and to lease the remaining 4.04 hectares for a period of 50 years.

The firm said it planned to invest P6 billion to redevelop the area into a 7.7-hectare mixed-use civic and commercial district.

However, the property deal between ALI and the provincial government is being disputed in court by tycoon Henry Sy-led SM Prime, which claimed to have submitted a “far more superior” bid.

Shopping mall developer SM Prime assailed as “invalid” the award to ALI of the property following a controversial bidding conducted early this month.

SM Prime counsel Vince Bayhon alleged that the negotiated sale was “illicit” because of a pending petition for a court injunction filed by SM Prime against the Negros Occidental governor and the members of the committee on awards and disposal of properties before the Bacolod Regional Trial Court.

Bacolod RTC Judge Estefanio Libutan Jr. on Thursday denied SM Prime’s petition for a TRO on the negotiated deal between Ayala and the provincial government, saying the courts would not interfere with the government in its exercise of its discretion in the acceptance or rejection of bids, unless it has been shown that it gravely abuses or exceeds its jurisdiction.

Libutan has set for July 21 the hearing on SM Prime’s injunction petition.

Negros Occidental Governor Alfredo Marañon Jr. has also maintained that the result of the negotiated proposal of ALI was much more advantageous to the province than the bids made on July 7 and noted that the CoA memorandum cited by SM Prime that allowed for a 10-percent variance on a bid did not apply to real property.

“The problem with the [SM Prime] people is they want to force us to declare them the winning bidder of the July 7 bidding, which we could not. In fact, we did not proclaim anyone a winner then,” Marañon said.

“The allegations of [SM Prime] are their opinion. As far as we are concerned, we did our job and everything we did was legal and above board and in the best interest of the people of Negros Occidental,” the governor said.

In its petition, the SM group claimed that it submitted a far more superior bid than that of ALI in the July 7 bidding, but which was later declared a failure after both SM Prime and ALI allegedly submitted bids below the appraised value of the property. The awards committee only disclosed the appraisal value of P19,500 a square meter after the actual bidding.

Bayhon said SM Prime’s non-participation in the negotiated transaction last Friday was prompted by the requirement imposed by the awards committee for the participants to issue an undertaking that no legal action would be initiated against the committee and the provincial government by the aggrieved parties.

“SM Prime did not lose by default and our interest in the project remains,” Bayhon said, reacting to statements attributed to Gov. Alfredo Marañon that the property was awarded to the Ayala group. “In fact, SM Prime won the July 7 bidding,” he said.