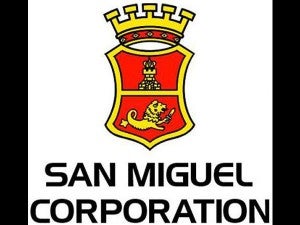 According to documents  from the SEC, as much as 1.067 billion shares in a new series of preferred stock  at an issue price of P75 per share is to be offered to the public.

The series 2 preferred shares will be peso-denominated, perpetual, cumulative, non-participative and non-voting and may be issued in sub-series or tranches.  SMC has the option to redeem the preferred shares by the 5th, 7th or 10th year or otherwise pay a higher dividend rate.

The shares will be issued upon approval by the SEC of the increase in SMC’s authorized capital stock from P22.5 billion to P30 billion.  These preferred shares will be listed and traded on the Philippine Stock Exchange.

As earlier reported, the bulk of the proceeds will be used to redeem all of SMC’s existing P72.8 billion series 1 preferred shares while the remainder shall be for general corporate purposes, including partial repayment of short-term debt.

This new series of preferred shares, when redeemed, shall not be considered retired and may be re-issued by SMC at a price to be determined by the board.

The offer period is expected to be completed by September 14 and listing on the PSE no later than Oct. 12.  The final timetable, however, is subject to approval by the PSE.

The government holds 753.8 million preferred shares in SMC previously equivalent to 24 percent of common shares but were converted into preferred shares which SMC has the option to redeem this year.

Following an affirmation from the Supreme Court that these assets belong to coconut farmers, the government is now technically free to sell its SMC preferred shares.

This offering also intends to attract billions of pesos in excess liquidity otherwise invested only in the special deposit accounts of the Bangko Sentral ng Pilipinas.