Around 389,000 Meralco customers still without electricity 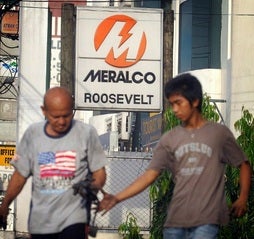 MANILA, Philippines—About 389,000 customers or around 7.62 percent of the total customer base of Manila Electric Co., the country’s biggest power distributor, were still without electricity Wednesday, according to a Radyo Inquirer 990 AM report.

In an interview with Radyo Inquirer anchor Den Macaranas, Meralco spokesperson Joe Zaldarriaga said that they were closely monitoring the areas affected by floods and that they had to make sure that the areas were cleared before they restore operations.

“Hihintayin munang humupa bago magpatupad ng (Let’s wait for the flood to subside before we do our) restoration efforts,” he said in the interview. He added they had been planning for clearing and mapping out operations.

Zaldarriaga appealed for the customers’ patience and understanding as he said that their first and primordial concern was the safety of the customers.

When asked about complaints by customers saying that their areas were no longer flooded but they still had no electricity, Zaldarriaga explained that they had to make sure that the lines were electricity flowed were “cleared.”

He urged customers to turn-off their power switches if their areas are still flooded.

He said areas where power was not yet restored are in Quezon City, Camanava, Mandaluyong City, Muntinlupa City, Taguig, San Juan, Bulacan, Cavite, and Rizal.