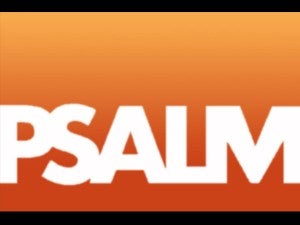 PSALM president and CEO Emmanuel R. Ledesma Jr. said in an interview that these two firms, which he declined to identify, attended the pre-bidding conference for the Malaya contract last week. Ledesma, however, is hoping that more companies would join the open competitive bidding for the deal on August 17.

“Other prospective bidders may still acquire bidding documents up to the bidding date and participate in the bidding, as allowed under the procurement law,” he said.

According to Ledesma, the main concern of the two prospective bidders was the condition of the 37-year-old Malaya thermal power plant.

The Malaya thermal power plant was acquired in the mid-1970s by state-run National Power Corp. After 20 years, Korea Electric Power Corp. started the rehabilitation of the facility after winning the international bidding for the rehabilitation, operation, maintenance and management contract for the plant held by Napocor. It was under Kepco’s management that the power plant was able to operate at its original rated capacity of 650 MW. This contract, however, expired in 2011.

SPC Power Corp. took over, after winning the contract to operate and maintain the facility in 2011. This contract is expiring in October this year.

The Malaya thermal facility provides the much-needed additional capacity for the Luzon grid at times when some of the island’s baseload power plants are out either due to forced outages or preventive maintenance.

The Malaya plant is likewise being eyed by the Department of Energy for conversion into a natural gas facility that will provide the anchor load for the planned gas pipelines in Luzon, particularly the $2.1-billion Batangas-Manila pipeline. The plan was to convert Malaya into a natural gas-fired facility prior to its sale to the private sector so it can fetch a higher price.

If the Malaya facility is sold now, its value will be pegged on its real estate value.

“But selling the converted plant with a guarantee that the natural gas pipeline will be there, then that’s a real power investment,” Energy Secretary Jose Rene D. Almendras earlier said.